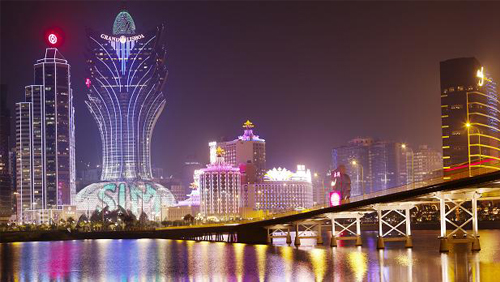 October is being predicted as another banner month for Macau’s casinos, except unlike previous months, the expectations for this month has been juiced by the upcoming Golden Week holiday, a seven-day vacation that is being touted as the key catalyst in hitting a new gross casino revenue record.

According to Deutsche Bank AG, the week-long holiday, which is set to begin on October 1 will attract a record number of tourists coming from all corners of China. Such proclamations aren’t grounded on any exaggeration considering that recent years saw over 200 million Chinese people traveling during the week – per year.

With Macau now known for being China’s playground, a lot of Chinese people are expected to descend to the only place in the country that allows gambling. And you don’t need to be a math genius to figure out that one plus one makes two and the combination of all these Chinese people with nothing to do but have a good time and the plethora of entertainment options (casinos, specifically) Macau offers will equate to one thing: lots and lots of revenue for the casinos.

Deutsche Bank is putting the number at MOP32 billion, which will not only represent a year-on-year growth in revenue of 17 percent but more importantly will eclipse the record MOP31.3 billion Macau earned in March of this year.

Since the Golden Week begin as soon as the calendar flips to October, we’re going to have a pretty good idea how much of an effect the week-long holiday will have in putting pressure on March’s record revenue earnings.