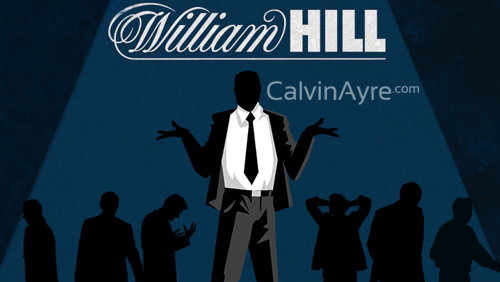 The William Hill Sports Book of the Year is an annual award that rewards excellence in the field of sports writing. The first award was handed out back in 1989 when Dan Topolski and Patrick Robinson shared the prize for their work on True Blue: The Oxford Boat Race Mutiny, and 2013 will be the 25th year of operation.

It’s been a busy time for William Hill on the online gambling front, so the release of the long list will be a nice change for Ralph Topping and his band of merry men and women. The winner will receive a £25,000 first prize, some sort of trophy, a day at the races, a bound copy of their book and a £2,500 free bet to punt on William Hill.

Last year, the award went to Tyler Hamilton & Daniel Coyle who co-wrote The Secret Race, the story of how Hamilton returned his 2004 Olympic Gold medal after revealing that he used performance-enhancing drugs to cycle his way to victory.

This year the smart money is on a football title taking the honors with Zlatan Ibrahimović’s autobiography I Am Zlatan Ibrahimović; Dennis Bergkamp’s autobiography Stillness and Speed; Thierry Henry: Lonely at the Top by Philippe Auclair and Immortal: The Approved Biography of George Best by Duncan Hamilton looking like strongest contenders. If Hamilton wins the award he will become the first man to win it three times after successes in 2007 & 2009.

The judging panel consists of broadcaster and writer John Inverdale, broadcaster Danny Kelly, journalist Hugh McIlvanney and author Alyson Rudd. The short list will be announced on 25th October with the winner being announced on 27th November.