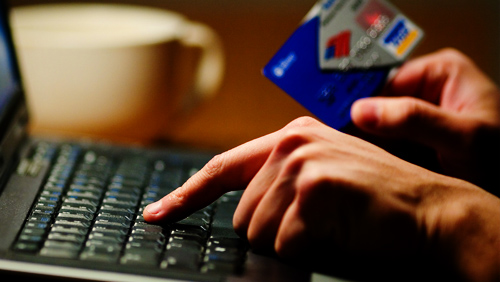 Reviewing the attendance records being set at recent industry affiliate conferences, it is clear that there are still a large number of new affiliates entering the online gaming, sports betting, and financial markets verticals.

As these verticals are quite different to others that they may already be familiar with, a common question heard from new affiliates revolves around the earnings and payment options that are available.

Ours is a unique industry, as compensation options and rates can vary significantly depending on the actual products promoted.  For example; sites that focus on casino games may offer affiliates a choice of revenue share or CPA (cost per acquisition) payment, while a forex or binary site is more likely to offer a CPA structure only.  To add further confusion, a site that offers casino games, a sportsbook and bingo might offer different percentages of revenue share for each product!

Fortunately the affiliate software that most online gaming sites use can easily and accurately track activity and revenues, however it is important that you, as an affiliate, have made the correct selection of the type of compensation that you are interested in.

Revenue share, which simply translates into a percentage of the net money that a gaming site earns from the players that you send, is the most common choice, and for many programs it may be the only choice that is offered.  When you are looking at this type of compensation it is a good idea to read the fine print.  The range of deductions that may be taken from a player’s losses, before your percentage is calculated, can include any of all of the following; processing fees, bonuses awarded and/or earned by the players, chargebacks, and administration fees.  The 30% offered by one program can be significantly different than the 30% offered by another.  Generally revenue share percentages are tiered, so that you earn a higher percentage as the volume of business that your players generate increases. Depending on the site, and the gaming verticals, these percentages can range from a low of 15% up to as much as 50% of the net, but again, make sure you have a clear understanding of what “net” means.

The other most common compensation choice is the aforementioned CPA payment.  These one-time payments are made after a new customer that you have referred has joined a site, made a qualifying deposit, and met any other requirements that may be in place; generally consisting of some amount of “play-through”.  Also often tiered, CPA payments generally increase based on the overall number of depositing players that you have sent over a set period of time, as opposed to the net “win” experienced by the gaming site.

The third, and personally recommended option that has been gaining in popularity over the years is a hybrid of the two; generally combining a lower revenue share paid on the players lifetime losses, along with a smaller CPA payment.  This is often seen as the best of both worlds for both the operators and the affiliates.  For operators it reduces both their upfront payments required in the CPA-only model, as well as reducing their fraud concerns.  For affiliates, you can earn some quick money to help your defray marketing and business expenses, while enjoying the long-term revenues that can be generated by your quality players.

Don’t be hesitant to ask for the payment method that makes the most sense for your business, even if you don’t see it offered.  Your affiliate managers will discuss the different options available in their program with you, and you can negotiate the best compensation program, and rates, based on your traffic and business potential.

Gian Perroni has been working in the gaming industry since 1997, active in every area of online operations, with a strong focus on player acquisition, conversion and retention marketing, along with affiliate recruitment and management. He has worked with both online operators and brick and mortar operations, within North America and internationally.  Gian lives with his wife, son and daughter in West Vancouver, Canada. If you wish to submit your own editorial please contact Bill Beatty.