Home / Poker / The WPT Season XII Ones to Watch 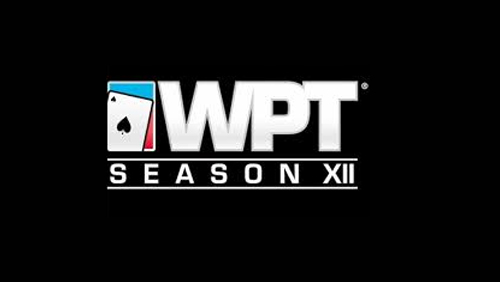 The World Poker Tour (WPT) have announced the seven names who will head the One’s To Watch roster during Season XII and I think they have done a darn good job. 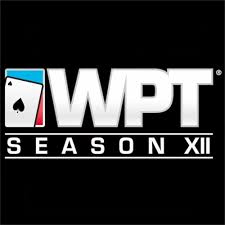 The first pick is Jeff Gross, and what perfect timing, after taking third in front of the television cameras in the inaugural WPT Alpha8 $100,000 buy-in event at the Seminole Hard Rock Hotel & Casino in Hollywood, Florida, this week.

The man is also a little more high profile than most. Not only has he appeared in a music video for Steve Aoki and Afrojack, but also he is also best friends with the Olympian, and budding poker player, Michael Phelps.

Loni Harwood was one of the stars of the 44th Annual World Series of Poker (WSOP) with over $900,000 in earnings, three final tables and a WSOP gold bracelet. She currently lies third in the WSOP player of the year standings behind Daniel Negreanu and Matthew Ashton, although its not known whether she will travel to Paris to compete in the World Series of Poker Europe (WSOPE) events.

Harwood learned to play poker after watching her father winning a World Championship of Online Poker (WCOOP) tournament when she was younger, and with a decent bankroll behind her it’s going to be great to see her playing at more WPT tournaments this year.

Kyle Julius is just an awesome poker player and all round great guy. Equally talented in both online and live play, Julius has a live tale of so close and yet so far after finishing runner-up in a 2012 WSOP event and the 2012 PokerStars Caribbean Adventure (PCA) Main Event. Fortunately, his sorrow was diluted with a new bank balance containing $2m more dollars.

Julius had a quieter 2013 with just $91,000 in live tournament cashes, but is still an outstanding choice as a One to Watch.

The only problem with Athanasios Polychronopoulos as a pick is he might find field sizes of 300-1,000 players to small for him! The New Yorker, of Greek descent, has not only won two WSOP bracelets in fields of 2,105 and 2,713 but also beaten quality heads-up opposition in Manuel Mutke and Simon Charette.

Polychronopoulos is one of the most genial guys you will meet and when he plays at the WSOP he always carries his bracelets so he can remind himself how grateful he is to be living the life the way he does.

With over 14-years experience in the poker and entertainment industries, Christina Lindley is another interesting choice. With close to a million online tournament earnings and $200,000 in live tournament play, Lindley has shown that she has the ability to mix it up in both formats. Her live winnings have increased every year she has played in a sign that her game is improving over time. Lindley’s biggest score to date was for $127.5k when she defeated 1,326 players to win the USA COOP $320 NLHE event on PokerStars in 2010.

Aaron Massey has been grinding the live tournament scene since 2009 and has $1.3m in live tournament earnings. He is an interesting choice and it remains to be seen if he will be playing in enough events to make his inclusion worthwhile. In 2012, he took first in the Winstar World Casino River Poker Series for $651,559 when he was playing under a backing deal for Cliff Josephy, so he certainly has the talent, and also the right look for the TV cameras.

Danny Suied first popped up on the WPT radar earlier this year when his deep run at the PartyPoker WPT Canadian Spring Championships, in Montreal, saw him come so close to making the final table, but had to eventually settle for a ninth place finish for $38,504. Suied appeared quite frequently on PokerNews coverage of the WSOP as his alter ego Miami Boss and that ‘shit was nuts.’ Suied is certainly going to keep the WPT cameras busy.