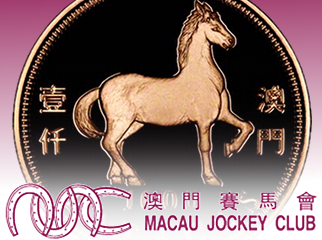 The struggling Macau Jockey Club (MJC) is closing four off-track betting operations in order to meet “the needs of the community.” Late last year, Macau’s government made it known that it intended to reduce gaming’s presence in residential neighborhoods. The directive didn’t specify off-track betting sites as prime candidates for eviction – that honor went to slot parlors like Melco Crown Entertainment’s Mocha Clubs – and Macau’s gaming regulator insisted that MJC’s decision was merely “a response to the message conveyed by the government … to address the concerns and needs of the community.”

An MJC rep later told Macau Business Daily that its decision to close the off-track outlets was made to support the government’s “responsible gaming policy.” Three of the betting centers will close by Sept. 1 while the downtown Kuan Fat outlet will remain open until Oct. 1. That leaves the MJC with three outlets, one of which is at the SJM Holdings-licensed Canidrome dogracing track. MJC says it has no immediate plans to reopen the four outlets in local casino-hotels where they wouldn’t fall afoul of the new policy but it would “study the feasibility if business requires.”

What MJC’s business requires is a miracle. The company lost MOP 57.7m (US $7.2m) in 2012, three times the loss in 2011. In fact, MJC hasn’t been profitable in a decade, and its declining fortunes run directly counter to the decade-long rise of Macau’s casino business. Racing’s struggles are pretty much a global phenomenon, but offering punts on ponies smack dab in the middle of the planet’s largest casino market presents particular challenges.

Chinese media reported that MJC would attempt to make up the shortfall by ramping up its telephone and online wagering operations. Phone wagers accounted for 40% of MJC’s total MOP 1.7b (US $213m) handle in 2012, but online wagers accounted for a mere 6% (and even that was up 82% year-on-year) so there’s definitely room for growth. MJC said it had always planned on “diversifying our business development and in future we’ll continue to develop [online and phone betting] services.” For the record, MJC’s horseracing monopoly expires in August 2015, so that future needs to arrive yesterday.