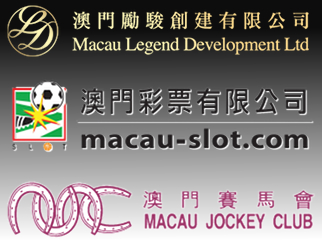 Macau casino and hotel operator Macau Legend has revived its plans to launch an initial public offering, although the volume of shares being put up for sale has been slashed by more than half. Macau Legend, which operates two casinos in Macau under a sub-concession granted by SJM Holdings, had planned to offer a total of 2.05b shares at a price of HKD 2.30 to HKD 2.98 (US $0.30 to $0.38), but the plans were knocked off stride last week by reports that China’s economic growth had slowed, which sent the Hong Kong index reeling. Macau Legend’s new plan is to offer 934.8m shares, although the price point remains unchanged. Should everything go off without further hitches, the IPO could boost Macau Legend’s coffers by HKD 2.8b ($361m).

The numbers have also been revised downward at the Macau Jockey Club, which lost MOP 57.7m ($7.2m) last year, according to figures published in Macau’s Official Gazette. That’s over three times the MOP 17.8m loss the horseracing outfit posted in 2011. Things were much better over at the special administrative region’s greyhound racing monopoly, the Macau (Yut Yuen) Canidrome Co. Ltd., which recorded a profit of MOP 85m last year. Even the SAR’s lottery monopoly, Sociedade de Lotarias Wing Hing Lda, managed to eke out a profit of MOP 1.7m in 2012.

The SAR’s sports betting monopoly, Macau Slot, saw profits rise 47% to MOP 80.8m in 2012. Macau Slot’s annual report states that it’s been taking steps to make itself more ‘customer oriented’ and doing its best to satisfy “a demand for diverse sports betting.” Problem is, Macau Slot isn’t legally allowed to provide in-running wagers, the single most popular form of sports wagering in Asia. Small wonder then, that Macau Slot managed less than MOP 500m in total turnover in 2011, while less restrained betting operators like the illegal cross-border operation recently shut down in Hong Kong and Shenzhen recorded turnover in the billions.