Home / Business / Are America’s Affiliate Opportunities All That? 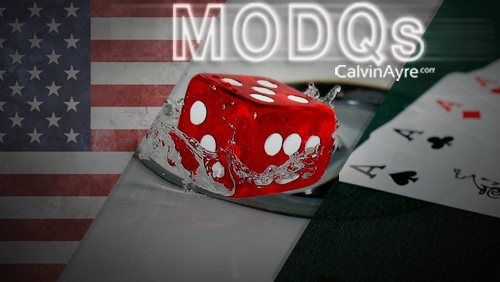 Ever since UIGEA instigated the decrease in destinations for American iGaming traffic, affiliates have been biding their time until they can once again cash in on what is set to be the largest online gambling market in the world. Of course they shifted focus to other areas and geographical markets but it’s the US that holds the greatest potential to enable early retirements.

With predictions by the likes of Goldman Sachs estimating the US market for online casinos and poker to be worth as much as $12 billion the amount of interest is understandable. And for those who currently work within the industry or previously filled the space the initial feeling will be that this is an opportunity too good to miss.

Jon Friedburg was the first affiliate to receive a license in the new US iGaming world through his company PokerTrip. His guest contribution to CalvinAyre.com earlier this week centered on listing the benefits of regulating iGaming affiliates but given that this is a first for the industry, there are plenty who aren’t of the same opinion.

Speaking specifically about Nevada’s legislation, leading gambling law expert Professor I. Nelson Rose explained last week that there were fundamental problems with the way things have been done.

He said: “The system they’ve put in place makes it as strict and as expensive for operators and even for affiliates as it is for land-based casinos. It’s similar to what the UK did thinking that they’ll put in a strict regulatory system and because it’s such a large market that operators will go there to get licensed.”

As we all know, that’s a situation that has only just been resolved by the UK government. But focusing specifically on affiliates, it raises the important question of whether becoming a regulated iGaming affiliate in the US is really going to be worth it. At the moment, it isn’t looking too promising.

Nevada’s determination to become the home of the online gambling industry in the US, much like it is for the land-based industry, meant that the legislation has been put together without everything being taken into consideration. The low level of liquidity within the state due to a small permanent population is bound to cause problems but elsewhere there are states with better chances of initial success according to those in the know.

After Nevada, New Jersey is the state that has been the most aggressive in their attempts to legalize online gambling. With a bill already signed, New Jersey regulators have even gone as far as to draw up a list of Internet Gaming FAQs. Included in this was information on the license as an Ancillary Casino Service Industry Enterprise needed to be gained by affiliates – which it turns out is something of a bargain at $2,000 compared to Nevada license costs.

With the initial cost being much lower, New Jersey is already a more enticing prospect than Nevada and it becomes doubly so when you consider that online casino gaming will also be available here. However suggestions of a revenue threshold making its way into regulations and the simple fact that licenses are still required mean that it’s still not easy to set up and start profiting.

Moving along to Delaware and things don’t get much better. A clause regarding Promotional Gaming Activities in the initial version of regulations in the First State explained that any marketing and promotional materials from those acting on behalf of the agent would have to be ‘submitted to the agency for review and approval before use’.

On a nationwide standpoint Congressman Peter King’s bill from earlier this year also made a mention of affiliates but the low likelihood of any online gambling bill getting through Congress means that any suggestions in there are unlikely to come into play. However, going by the references to affiliates it appears that strict management would remain with the details of each affiliate needing to be fully disclosed.

So while most legislation taking shape across the country does allow for affiliates, it certainly isn’t making it easy for them. With so many rules to adhere to it does seem to suggest that becoming an affiliate in America is going to take some doing. That isn’t even taking into account affiliates with a history of sending US players to illegal operators – their plight is likely to be even tougher.

With operators taking all responsibility for any marketing materials promoting their products, the level of scrutiny with which they monitor their affiliates is going to be much higher. In fact, it may be similar to the control that many affiliates became so in order to avoid.

But hypothetically, say you do adhere to all the regulations and guidelines, you get all your marketing materials signed off, you pay the exorbitant amounts to get a license, then you’re still going to be operating in a world where the market is dominated by a small number of operators who, if they’ve put any thought towards it, should work together to keep CPAs and revenue shares down. It’s a thought like this that makes the juice appear to not be worth the squeeze.

Weekly Poll – Will it be worth the effort to become a Nevada Gambling Affiliate?
Anton Fabico
6 September 2013

Becky’s Affiliated: A Day in the Life of an iGaming Affiliate Manager Part 2: The Conference
Becky Liggero Fontana
29 August 2013