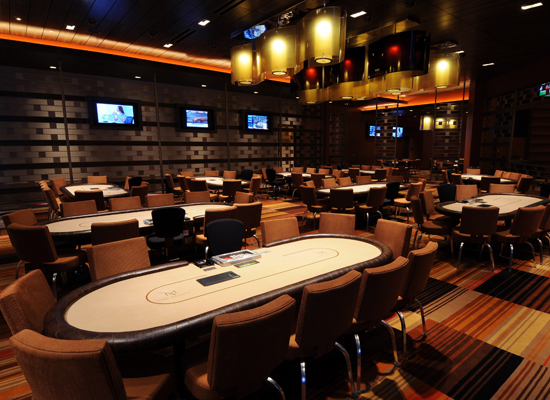 A few weeks back two casinos on opposite sides of the U.S. closed down their underperforming poker rooms. The M Resort in Henderson, Nevada, just south of Las Vegas, closed its 14-table room on the first weekend in August to make room for its highly popular slots tournaments. And in Atlantic City, just three months out of bankruptcy, Revel shuttered its poker room at the start of August with no announcement of an immediate replacement but a plan going forward that focuses on promotions to draw in slot and table-game players.

So what does it mean for poker that the M and Revel are closing down their poker rooms? It’s not the best news, obviously – in a decent economy, rooms would be staying open, and rooms have been closing in the Vegas market for various reasons over the last few years. But generally speaking it isn’t particularly bad news. Simply put, there were too many poker tables in both Las Vegas and Atlantic City for the number of players. The big rooms in both towns are in no danger of closing down any time soon.

More specifically, we’re not talking about bustling poker rooms here. These were fringe operators that would have had to see major growth to ever make a long-term mark on their respective markets, and the poker economy hasn’t boomed in the kind of fashion it takes to support that sort of growth for quite some time now. In the M’s case, the casino was simply too far off the beaten path to draw tourists and faced too much established competition for local business. As for Revel, which emerged from Chapter 11 bankruptcy just three months ago, it would have had to be a total game-changer to make a dent in a market which is dominated by Borgata and is also quickly shrinking thanks to new competition for regional players in the newly liberalized markets of Pennsylvania, Delaware, and Maryland.

The fact that the M’s room is being replaced with a slots tournament area sounds worse than it really is, since poker is a loss leader for casinos. If you’re bringing in players, some of them are going to dump their poker winnings in the pit and that makes the poker room worthwhile. If you’re really popular with the players, you can even turn a small, respectable profit with your poker room. Without players, though, poker rooms are a double whammy: the dealers and floor staff cost wages, and those bulky tables take up lots of otherwise valuable real estate. Consider that the M’s average slot tournament draws some 800 players, as our own Lee Davy noted back when the M made its announcement, and it’s easy to understand why the poker room is no longer. The game still has a future at the M, though, in the form of tournaments. This summer’s Hollywood Poker Open drew 631 players to the high-end resort, more than 200 of whom qualified at other properties around the country run by M owner Penn National Gaming.

Revel’s decision to ditch poker was a simple one, too. The casino is highly concerned about costs and dumped 75 staff members in July. It’s focusing on flashy promotions designed to get straight-up gamblers in the house, giving away 48 cars in 48 days, offering free parking (virtually unheard-of in A.C.), and advertising convoluted “refunds” to entice gamblers to the casino. Interim CEO Jeffrey Hartmann knows Revel’s core constituency doesn’t include poker players; he told Casino Connection AC that people come to Revel “to play the newest slot machines in town and enjoy our fun and exciting table games” and didn’t once mention a game of hold’em. Anyone who’s interested in that is already playing at Borgata, and the money saved by closing the poker room can cover the cost of free parking to get people into Revel and playing all those fancy slots.

Like the M, Revel will probably end up dipping back into poker in another form down the line. Along with the struggling Atlantic Club, it’s one of just two Atlantic City casinos that has yet to partner with a firm to provide online gaming under New Jersey’s new law. Given their woes, neither casino is likely to sit out the chance to improve their lot without actually having to bring people to their properties. And though it’s been a high-end flop from day one, Revel is precisely the sort of casino that would be a great host for a big live poker tournament filled with qualifiers from online satellites; poker players are fond of staying in luxury while they play.

If Nevada and New Jersey were to form an interstate compact for online poker and bring in a few more states, the future for poker at M and Revel could extend beyond tournaments and back to real live poker rooms with cash games. The online boom was what fueled the opening of rooms in casinos all around the U.S. back in the 2000s, after all, by giving players the chance to work on their game before trying it out in the more intimidating live environment. But until such a compact comes to pass, we should expect to see more occasional closings of fringe rooms in both Vegas and A.C. – it’s just good business.