The news on Marvin Gaye’s grapevine is the United Kingdom & Ireland Poker Tour (UKIPT) €1,000,000 guaranteed Main Event in Galway is going to miss that guarantee by quite some margin. Original reports surfacing on numerous poker forums puts the overlay at €250,000, although that news alone should see poker players clambering for Galway in search of the value. 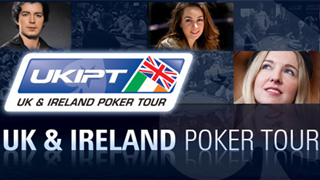 One man who knows a thing or two about giant overlays is the Dusk Till Dawn (DTD) club owner Rob Yong. You may remember that Yong pulled a the box out from beneath his bed, donned his leather mask, threw on his leather cape and flew to the rescue of the International Stadiums Poker Tour (ISPT) with the promise of a €1,000,000 guarantee. Despite a wonderful effort by Yong and his team, he still had to front a €589,000 overlay, and in his recent blog post on the DTD site he seems to have sniffed out another howler.

“In my opinion – and I hope I don’t get some dagger stares from the UKIPT crew should they read this – at the moment there is a chance of a sizeable overlay here {UKIPT Galway}. Not on legendary DTD ISPT levels of course, that was just ridiculous, but the last time a UKIPT €1,100 event was held in Galway was 2010 and this attracted just 266-runners, my friends in Ireland tell me that there is a major poker recession over there. As far as I know the UKIPT have never missed a GTE, but based on current satellite numbers and DBI’s at the time of writing, the main event could be around €250k short.”

With such a long festival sandwiched in between Galway Races it will be a miracle if any of the local players have any money left to stump up the €1.1k needed to play. Another problem they have is the lack of action for the professional to make a full festival of it, with buy-ins for the side events being on the smaller side.

So PokerStars have never missed a UKIPT guarantee, and if Galway fails then that record will still be in tact, as poor old Full Tilt Poker (FTP) will be the name associated with the failure in there first-ever shot at sponsoring a live event since The Rational Group gave them the kiss of life late last year.

It’s not just the emerald isle that is struggling to find enough bums to put on seats. The M Resort in Henderson, Nevada has closed down its poker room to make additional space for the more popular slot machine tournaments.

The popular slot machine tournaments attract on average 800-players per tournament, far exceeding anything that the resort can pull off in terms of live poker tournament attendance. The decision to close the poker room was taken after the slot tournament players complained about the lack of space when they were originally allocated room in the casinos ballroom.

There are no plans to re-open the poker room, but the casino has issued a statement saying it will continue to host poker tournaments in the future.

Maybe they will host them in a phone box?