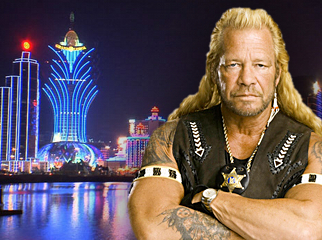 In casino operator Las Vegas Sands’ most recent quarterly earnings report, the Sands China division cited a 33% gain in its “provision for doubtful accounts” over the first six months of 2013. This category is considered a euphemism for sums advanced to high-rolling gamblers that remain outstanding and for which collection appears increasingly dubious. Sands China saw this figure rise from just over $24m at the same point last year to just under $32m this year. Mind you, in big picture terms, Sands China earned profit of over $940m in H1 2013.

Nevertheless, a pataca is a pataca, and most people believe debts should be paid. That’s definitely the philosophy behind a new Chinese/English language website that has taken it upon itself to name and shame Macau casino gamblers who’ve yet to make good on their markers. The ‘Wonderful World’ blog features names and photos of around 70 individuals, along with their nationalities, dates of birth, marital status and the amount of their alleged unpaid debt, which ranges from 5k to 1m (although whether these are patacas, yuan, dollars or Swiss francs isn’t specified). The photos are also accompanied by colorful yet utterly pejorative descriptions, including ‘liar,’ ‘thief,’ ‘rogue’ and ‘robber.’

More worrisome, perhaps, the website suggests there’s money to be made in tracking down these alleged deadbeats. Alongside each photo is a surname and contact number, apparently of the person to whom the debt is owed, as well as a ‘bounty’ these creditors are offering for information on the deadbeat’s whereabouts. The site’s text justifies its public pillorying of the 70 scofflaws as providing a deterrent to would-be welchers.

Without getting into specifics, Macau’s Personal Data Protection Office informed Macau Business Daily that the site’s blacklist was “allegedly criminal” and that the Judiciary Police have opened an investigation into who is behind the site. Their search may not be a long one. In May, CCUE junket operator Yu Yio Hung took to the G2E Asia stage and publicly declared his desire for an industry-wide VIP deadbeat database. Macau casino operators have occasionally resorted to legal action against Hong Kong-based deadbeats, but with gambling debts not legally recognized on the Chinese mainland, to name and shame might be the only game in this town.