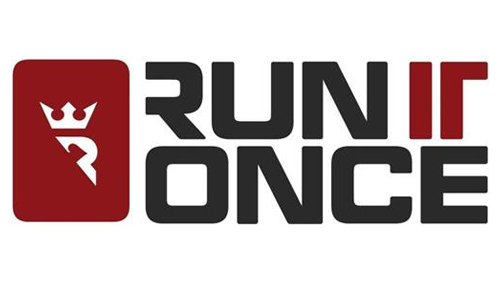 Run It Once, the online poker-training site formed by Phil Galfond, has just hired its two latest recruits taking its total number of coaches to 31. Ben ‘Sauce123’ Sulsky and Dylan ‘ImaLucSac’ Linde are the two latest members of the online poker training video conveyor belt, and not everyone is happy with the appointments. 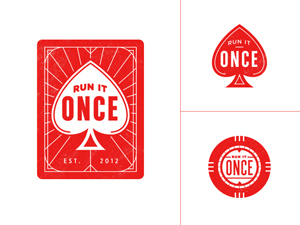 The news of the addition of Sulsky has resulted in a 2+2 thread that has divided opinion on the value of online training sites, as well the value that Sulsky will bring as a coach.

The first point I want to cover concerns the assertion that online poker videos are inherently bad for the game. To illustrate why teaching fish how to improve at online poker is not a great idea, the poster Itisnice laid down this hypothetical.

“You play high stakes poker in a casino with a player pool of 100 regs. (10 (including you) are experts, decently +ev against the 40 slightly winning grinders, very +ev against the 40-breakeven/slightly losing wannabe pros, and crazy +ev against the 10 fish. One morning you come into the casino early, fully expecting to be the first reg there. Instead, when you walk in you see one of the more popular of the 10-experts has brought in a huge chalkboard and is setting up a poker instruction for payment station for anyone to attend.”

If I was to engage in debate with this poster then my response would have looked very similar to this post by Keyser.

“In the real world, 9 out of the 10 fish don’t show up to the seminar; 30 or 40 breakeven regs either misapply the lessons and don’t improve or aren’t smart enough to understand them in the first place; only some of the slightly winning grinders work hard enough to improve significantly; and a handful of the experts get better but the others are too cocky to admit they could improve. Meanwhile if you’re capable of understanding the lessons and work hard enough to implement them correctly the relative gap between you and the field increases even if the field is slightly better on average.”

There isn’t a business; sport or game in existence where somebody isn’t benefiting from the provision of coaching or tuition. I believe that as human beings we exist to help others. Couple this with the fact that people will make money when they can create a product or service that people find value in – and receiving an increase in education is value – then I can’t see what the problem is.

As Keyser explains, not everybody is going to reach the same level of aptitude after watching the same video. It is a combination of intelligence, hard work, passion, understanding, belief and countless other parts of the process that will separate the winners from the losers, not a video on how to break down three-betting ranges in heads-up matches by Sauce123.

Who can blame Sauce123 for taking up his role anyway? He will be contributing something to his society by helping others achieve their dreams whilst getting paid for it. Aren’t we all searching for that Holy Grail? Earning multiple streams of income is a sensible approach and more young poker players should pay attention to this sensibility.

Alan Jackson, Coach at Bluefirepoker, has an interesting view on training videos: “Passively watching a video is a waste. Watching intently while taking notes and trying to figure out why the video producer thinks the way they do is very valuable (Often I don’t think video producers go into enough detail because to them certain things are as natural as breathing). If I’m watching videos I’m looking to be exposed to new ways of thinking about the game. I never just accept what someone says. I analyze their conclusions and try and take them down to core concepts so that I fully understand the spot. If I decide to add it to my game I write down my thoughts in detail: opponent type, hand strength, position, board texture, so that when I’m in a game and decide to execute a line I’m not just guessing. I already have my plan made.”

How many players who watch online training videos are going to go into the detail that Jackson talks about? In my experience of interviewing some of the best players in the game I can inform you that my scatter graph shows very few. Instead, I see a lot of players who reach a certain level of competence and then plateau. They think they have completed the Rubik cube of poker in double-quick time and there is no need to do it all again. They become convinced of their own superiority and are too confident, and sometimes arrogant, to climb back down off that horse and get back to work. Say what you want about Sauce123. The man just wants to work.

Then there is the view that Sauce123 might not be the right quality of coach. A poster called 9tablingnit wrote, ‘who wants strategy tips from a guy who has been breaking even last 500k hands or something?”

Paul Annacone had what you would call an unspectacular professional tennis career. With lifetime earnings of $1,649,327 (Sauce123 currently sits on over $3m of profit) there are hundreds, if not thousands, of tennis players with better playing records than Annacone, and yet he is the coach of Roger Federer.

Jared Tendler, Mental Game Coach, doesn’t even play poker and is often cited by professional poker players as the man responsible for changing their fortunes at the tables. Talking about the mental game of poker and Alan Jackson says, “Mental game coaching was the second biggest impact on my game, and my life in general.”

During the World Series of Poker (WSOP) I was fortunate to spend some time talking to the Run It Once founder, Phil Galfond, who told me that it didn’t matter to him if his coaches were winning players. What was important to Galfond was that his coaches, ‘were able to explain their thoughts well and were able to teach really well,’ and who would argue with one of the best coaches in the business irrespective of the fact that Sauces123’s £3m in profit is not something to be sniffed at.

“Most players fall into the bracket of either not working hard enough, smart enough or balanced enough and I think the former is a bit of a stereotypical approach, as almost all of the players I know work really hard at their games.”

One opinion that Jackson and I do share is players will be left coughing in the dust of those willing to invest time and energy into their game. For these players Sauce123 and his views of poker are a Godsend; for many more they won’t even care.

“If you want to become a professional poker player you need to be playing 30k+ hands a month. If it’s your full time focus 50k+ hands. I suggest playing 6 days a week, ideally a fairly set schedule. When playing was my primary focus I played 7 days a week, with a few days off each month, from 8am to noon. After my session the rest of the day was mine. That was a pretty good life. Now that my attention is split between playing, coaching, software and videos my schedule is flexible but I try to play 6 days a week and at least 1k hands each session. I can still get in 35/50k hands/month.”

In addition to all of that playing time. Jackson also insists on a balanced approach to training and review.

“I suggest a 2:1 playing to study ratio for guys trying to move up and 3:1 for established players.” Says Jackson.

Finally, it’s important to remember that Sauce123 is going to be helping people who play high stakes poker. There are so many differences between the various forms, and stakes, in poker that if you want to excel in a particular format you need to choose the right coach. Alan Jackson, at Bluefirepoker, is a great example for any analytical thinkers who want to improve at the low-mid stakes of 6-max No-Limit Hold-em (NLHE), where Sauce123 of Run It Once may be your pick for NLHU high stakes action.

Instead of complaining that online poker sites exist, I would instead concentrate on learning at an advanced rate than those willing to pay a shilling or two for the words of wisdom that you seem to be sealing your ears to. Jackson believes that most people conform to this high standard but I have my doubts.