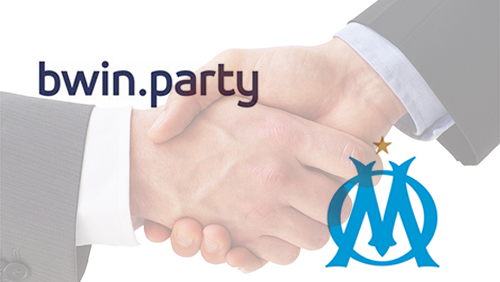 With sponsorship deals tied up in England, Germany, Italy, Belgium and Spain, it only needed a significant presence in France to allow Bwin.party to smother the sponsorship cloak over the top tier of European football; and that goal has been smashed into the back of the net after Norbert Teufelberger’s troops secured a three-year deal to become the official online betting and gaming partner of Olympique de Marseille. 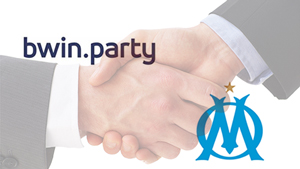 The sponsorship package will allow Bwin.party players to get closer to the only French club to ever win a UEFA Champions League trophy, as they plan to roll out a number of fan-based initiatives that will see online casino gamers watching the team train, traveling to fixtures and hosting events where they can meet and mingle with the players.

“We are proud to establish this partnership with Olympique de Marseille, one of the oldest and most successful clubs in France and Europe,” said Bwin.party CEO, Norbert Teufelberger. “Today’s announcement means that we are now partnered with six of the greatest clubs in European football, enabling us to offer our customers an unparalleled range of online and real world offers.”

The Road to Old Trafford

If Marseille supporters are unsure as to how Bwin.party will use their ties with the French football team to continue to improve their online gambling relationships, then look no further than the recent Road to Old Trafford initiative that was rolled out over two-days this past weekend at the home of Manchester United.

Bwin.party players were invited to a unique event at Old Trafford stadium that saw United legends of past and present playing poker with them in a joint venture. Darren Fletcher, Bryan Robson, Norman Whiteside, Dwight Yorke and Quinton Fortune all spent time with the Bwin.party players, and some of them even competed in fun poker tournaments, giving the players the chance to speak to their heroes.

In addition, at least a dozen free tickets were given out to watch Rio Ferdinand’s testimonial against Seville, eight lucky winners got to watch the first team training at Carrington training ground, and a whole host of prizes such as signed shirts, caps, boots and balls were also given out as prizes.

The event also saw a £250 No-Limit Hold’em (NLHE) tournament held over the two days and the Manchester United fan Sam Trickett took home the top prize. The most successful poker player in British history said: “I am really happy to win this event – I played for fun but I felt I really had to win at Old Trafford – I made it my mission!

Trickett won £10,000 for coming first and donated a significant portion of that prize to the Rio Ferdinand’s Live the Dream Foundation. Yours truly finished 19th for a £390 prize and donated all of my proceedings to the girlfriend’s Buy More Bags and Shoes Foundation.