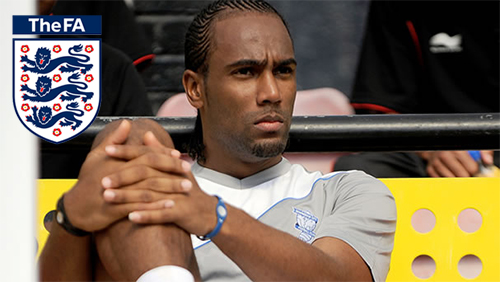 The Stoke City striker, Cameron Jerome, is the latest Premiership footballer to face a suspension, and fine, after breaking the Football Association’s (FA) strict betting rules. The 26-year-old has admitted placing bets on top-flight league and cup matches, although there is no evidence to suggest any of the games involved The Potters. It was just two months ago that the sprightly winger from Tottenham Hotspur, Andros Townsend, made the news for all the wrong reasons when he was handed a four-month ban and fined £18,000 after admitting breaking the same rules as Jerome. It seems a precedent has been set, which means Jerome will almost certainly miss the start of the season, which includes their first match away to Liverpool. Not a great time to receive a ban when the club starts a season with a new manager at the helm.

It’s expected that Jerome will face an Independent Regulatory Commission before the Premier League kicks off in earnest on 17th August. The FA have to clamp down hard on any digression from these rules, particularly after the Europol investigations into widespread match fixing in league and cup games around the world.

A statement from the club stated: “Stoke City can confirm that Cameron Jerome accepts the FA charges made against him in relation to breaches of its betting rules. Cameron has admitted the charges and will in due course attend an Independent Regulatory Commission, at which he will be supported by the club.”

The FA rules forbid players and club officials from betting in games that take place in league and cup games that they are involved in, even if the club has exited a particular tournament. For Jerome that means no betting on Premier League games, FA Cup games and Capital One Cup games. Something it seems he was unable to conform to.

Old people like me will remember the adverts that were broadcast on UK television advertising the merits of drinking milk as a child. A child refuses to drink his milk and his friend says, “When you grow up you’ll only be good enough to play for Accrington Stanley.”

“Accrington Stanley…who are they?” Replied the kid before making a grab for the milk bottle.

Well if that kids reading this I can now confirm that Accrington Stanley are a football side that has just made the news because their Managing Director has also breached the FA rules on betting. Rob Heys is the subject of an investigation spanning several months and if he is found guilty will face similar sanctions to those of Jerome.

It’s not the first time that Stanley has hit the headlines due to a betting scandal. In the 2007/08 season, five players were suspended after they placed bets on the outcome of their final game of the season against neighbors Bury.

Heys has been the MD since 2005, but that tenure may well come to an end if found guilty of these allegations.

Johnny Manziel Under Suspicion in the NCAA

It’s not just British sportsmen who are facing potential suspensions and fines, as is proved by the current investigation into the Heisman trophy winning quarterback Johnny Manziel, who plays for Texas A&M University in the National Collegiate Athletic Association (NCAA).

This time it’s not a betting scandal that has hit the limelight although it is affecting the action at the sports books, notably in Vegas. Manziel is under investigation for receiving financial remuneration for signing photographs and sports memorabilia whilst at a game in Miami in January. The investigation was started after two unidentified people claimed to have seen Manziel signing the items, but not the exchange of money…mmm?

If found guilty, Manziel, could be banned from playing college football as it is against NCAA rules to accept money for promoting or advertising the sale of a product or service.

“Our university is doing its due diligence to find out the facts,” The Aggies coach Kevin Sumlin said after hearing the news via ESPN.

In reaction to the news The Las Vegas Hotel’s Super Book stopped taking bets on Texas A&M games, which is rather strange considering the kid is being accused of signing a photograph. I guess there is a connection somewhere but these old eyes fail to see it.