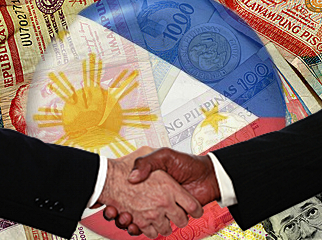 If you needed any more proof of the business viability of Pagcor’s Entertainment City, look no further than the recent Forbes Magazine’s list of richest Filipinos.

If you don’t have a list at your disposal, here’s the point: four of the top five on that list have stakes at Entertainment City. The only one that hasn’t is Lucio Tan, the second richest Filipino who, together with his family, has a combined net worth of $7.5 billion.

The man at that top of that list, as he has been for years now, is mall magnate Henry Sy. As the owner of the Philippines’ largest mall chain in SM, as well as the largest bank in the country in BDO, Sy has a new worth of $12 billion. Incidentally, one of the companies he also owns is Belle Corporation, which is currently in the middle of building Belle Grande, one of the four integrated resorts that will soon rise in Entertainment City, possibly early next year.

Number three on that list is Megaworld Corporation owned Andrew Tan. On top of being the master franchise holder of McDonald’s, Tan also owns the Philippines’ number one liquor firm, Emperador Distillers, as well as Alliance Global, the same company that brought Genting’s Resorts World franchise to the country. Not content with having just one casino to his name, Tan is also in the process of building another one with the Malaysian casino giant in Entertainment City, set to be called Resorts World Bayshore, which will open in late 2014.

Next up on the list of richest Filipinos is Enrique Razon Jr. Just like all the people on this list, Razon has a laundry list of businesses under his name. There’s International Container Terminal Sercives Inc., the largest port operator in the Philipppines, which also has operations in the US, Europe, the Middle East, and of course, Asia. Razon also owns Bloomberry Resorts Corp., the company that owns and operates Solaire Manila, the the first of four integrated resorts to open in Entertainment City.

And then there’s the man that rounds out the top five list of richest Filipinos. John Gokongwei, the man who owns, among other things, budget airline Cebu Pacific, food-and-beverage company Universal Robina Corporation, and mall chain Robinson’s. Oh, and he also recently struck a partnership deal with Japanese tycoon Kazuo Okada to build the last and biggest of all the four integrated resorts in Entertainment City, Manila Bay Resorts.

It’s no coincidence that all these men have enormous projects tied up to the gambling industry in the Philippines. Great business minds see a golden opportunity when they see i, and with the country they call home expected to turn into one of the region’s premier gambling hubs, it’s not surprising that four of the five richest men in the Philippines jumped at the opportunity to get involved in the industry’s rapid growth.

Great minds think alike, so they say. So they say.