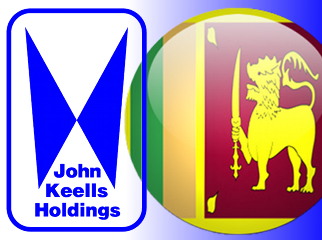 No new casino license has been granted to the JKH property, but as with Australian operator Crown Ltd.’s proposed $350m development, JKH is expected to team with one of Colombo’s existing casino operators, who will transfer their license to the new development. Crown has teamed with Rank Group boss Ravi Wijeratne, so JKH could well be expected to team with Dhammika Perera, Sri Lanka’s other significant casino operator and the country’s current Transport Ministry Secretary.

The government has said that the construction of both Crown and JKH’s projects could commence by the end of the year. In the meantime, Sri Lanka appears to be preparing the ground by taking action against some of the small, legally-grey gaming joints operating in Colombo. The Organized Crime Division (OCD) shut down the Red Star casino on June 28 and the Regina Club three days later while other, more high-profile casinos continue to operate with apparent impunity. A ‘political source’ told the Sunday Times that the government “wants to close down the smaller places,” after which “they will then require whoever is left to shift” to Colombo’s new casino zone.

Under Sri Lanka’s Betting and Gaming Levy Act of 1988, all gaming joints are supposed to register with the Department of Inland Revenue, but that doesn’t afford them legal protection, as the Act requires gaming taxes to be collected regardless of the legality of the gambling activity in question. Confused yet? So was the International Monetary Fund, which in 2008 strongly suggested Sri Lanka clarify the legal status of its domestic gaming industry. In November 2010, Sri Lanka passed its Casinos Business (Regulation) Act, but the complementary regulations have yet to be issued, meaning the legal uncertainty has yet to be addressed. As for the casinos targeted over the past month, police cited them for being in violation of the 123-year-old Gaming Ordinance of 1890. And around we go…