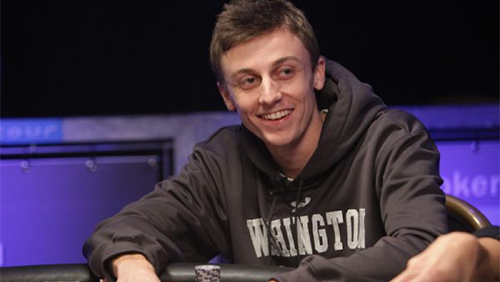 Under normal circumstances I would be writing some nonsense about how the serious business is now underway as we move into the second day of action. But the World Series of Poker (WSOP) Main Event isn’t a normal tournament. Even classing it as a marathon doesn’t do it justice; it’s more like a round the world yacht race. So we won’t be getting excited for a couple more days yet. 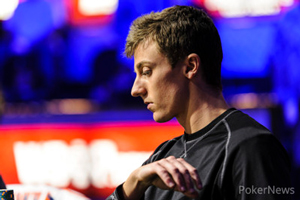 Yesterday saw the survivors from the first two starting flights return to do battle. The Day 1A survivors spread their wings and flew into the Amazon Room and the Day 1B survivors had to make do with the Brasilia and Pavilion. 584 players returned for Day 2A and 1,296-players returned for Day 2B. A nice clean 800-players survived, in total, and the chip leader was Nick Schwarmann who ended the day with 413,600. The resident of Orlando, Florida has had an exceptional series after finishing second in Event #38: $2,500 No-Limit Hold’em (NLHE) Four-Max for $191,434.

The most popular octogenarian in the business, Doyle Brunson, wasn’t even planning to play in this event; but after gratefully accepting an invite by the WSOP, he continued to clean house. Texas Dolly started the day with 81,025 but ended with 224,000. The 10-time WSOP bracelet winner won’t be getting carried away quite yet, but everyone will be glad to see him returning on Day Three.

Another man who has rode this baby all the way to the top is last year’s winner Greg Merson. The 2012 WSOP Player of the Year was another player who had an outstanding day on the felt after turning 81,650 into a not too shabby looking 275,600. Merson has had an extremely quiet series, and is still searching for his first cash; perhaps he has saved the very best until last?

Other notables through from the combined Day 2A/B include Kenny Tran, Annette Obrestad, Ronnie Bardah and Cliff Josephy.