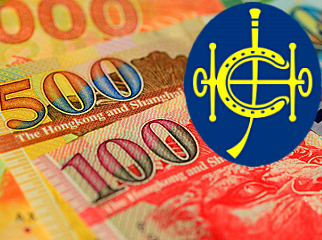 After years of furious lobbying, the Hong Kong Jockey Club (HKJC) has received the go-ahead to commingle its betting pools with those of racing operators in foreign jurisdictions. Last week, Hong Kong’s Legislative Council approved the Betting Duty (Amendment) Bill, allowing the HKJC to reap the benefits of foreign bettors placing bets on HKJC races and giving local bettors a legal method of wagering on non-local races. HKJC chairman Brian Stevenson said the bill’s passage would help eliminate the discrepancy between the HKJC’s odds and those offered by international operators. In exchange for the commingling nod, the HKJC has promised the local government an extra HKD 175m (US $22.5m) duty per year over the coming three racing seasons.

The race is now on to strike reciprocal agreements with international racing operators, with Australia and America tipped to be the primary focus of the HKJC’s negotiations. Tabcorp COO Brendan Parnell told the South China Morning Post that his outfit had handled about HKD 500m ($64.5m) in wagers on simulcast HKJC races last season, a 10% improvement over the previous year. In turn, the HKJC handled around HKD 440m on Australian races. Parnell said experience has taught him that commingling “will produce growth of 10% to 25% … it’s good news.”

More good news comes from the HKJC’s 2012/13 season, which CEO Winfried Engelbrecht-Bresges called “one of the best seasons we’ve had, ever.” Racing wagers in the year ending June 30 hit a record HKD 93.8b ($12.1b), up 9% over the 2011/12 season. The HKJC’s financial contribution to the local government rose 8.6% to around HKD 11b, although higher operating costs meant the net profit margin of HKD 4.09b fell shy of the record HKD 4.5b set in the 1999/2000 season. The HKJC is the special administrative region’s sole gambling purveyor, offering football betting and Mark Six lottery operations in addition to track action.