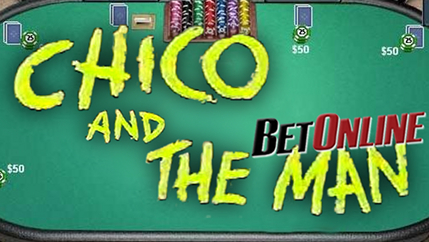 Players on the troubled Chico Poker Network (CPN) are eagerly anticipating the calendar flipping over to July 1, as that’s the day the company has pledged to restart its long overdue payouts to customers. Players on CPN skins such as ActionPoker, Paynorake, PokerInCanada and Tigergaming have received emails apologizing for the “prolonged and unfortunate delay” in reuniting them with their account balances and promising to process new payout requests “without delay” beginning July 1.

As for what caused the delay, the CPN skins reminded players that the network changed ownership in October 2011, and the acquiring company found itself dealing with “several unforeseen circumstances” including “regulatory issues, banking issues, player bonus fraud, extended due diligence, etc.” It’s worth noting that this statement is similar to the notice CPN players received in July 2012, which stated that there was a “sizable backlog of pending payouts being run through various fraud checks, prioritized and fulfilled per contractual agreements,” but that “all payouts will resume normally” pending resolution of these problems.

Having waited (im)patiently for nearly two years, many CPN players are questioning the sincerity behind CPN’s most recent promise. Insiders have told CalvinAyre.com that the total sum owed to CPN’s non-US players since the ownership switch exceeds $1m. And the new CPN promise was preceded by the cancellation of all pending payout requests, requiring players to resubmit all claims as if the past two years never happened.

BACKSTORY
Prior to the October 2011 handover, CPN operated under the Action Poker Network (APN) brand. The APN’s owner was Ecom Enterprise NV, a subsidiary of Norwegian publicly traded firm Playsafe Holding AS. The APN didn’t accept US customers, so it wasn’t overly affected by the online poker crackdown on April 15, 2011 aka Black Friday. But CalvinAyre.com’s sources said Ecom decided to sell due to their failure to grow the business, which left them concerned that they might prove unable to meet future liabilities. Ecom’s financial shortfall was on display the following year, when its affiliate program Wager Profits offered partners who hadn’t been paid in over a year settlements worth 60 cents on the dollar.

The company that purchased the APN was Julian Holdings International Inc., a Seychelles-registered company for which publicly available information is about as sparse as heterosexuals in the Vatican. According to Playsafe financial documents, Julian paid $4.8m in exchange for APN skins Paynorake, PokerInCanada and Tigergaming, plus “related assets and customer liabilities, but no ownership rights to [Ecom’s] proprietary software.” Julian also received ownership of UK payment processor Action Commerce Ltd. and “players on ActionPoker.com” although Ecom retained the ActionPoker.com domain and the Action Poker trademark. Julian promptly rebranded the network as CPN and opened it up to US customers. 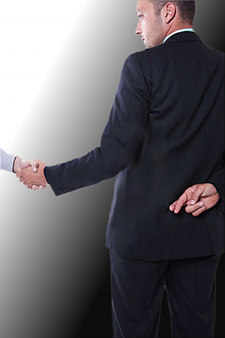 THE TIES THAT DON’T BIND
The knot tying Playsafe/Ecom to Julian began unraveling almost from the start. In June 2012, Playsafe financial documents warned shareholders that Ecom was “experiencing challenges with recovery of balances with Julian.” The following month, Playsafe reassured investors that it had reconciled the “disagreement about the agreement” and that Ecom “no longer had the same problems with getting timely settlement.”

Fast forward to May 2013, and Playsafe was once again warning investors that as of “the middle of Q1/13” it was finding it “difficult to get timely settlement of Julian.” Investors were told that Playsafe had “negotiated a revised payment schedule with Julian, but it remains to be seen whether the buyer meets this.” Julian’s shenanigans prompted Playsafe to remind investors that Ecom “has the right under the agreement to take back the business without refund paid the purchase price if the buyer does not comply with its payment obligations.”

Sources with knowledge of the situation told CalvinAyre.com that Julian’s payment schedule was approximately $200k per month, and that as of April 2012, Julian had only made a couple of these payments. Following Playsafe’s June 2012 warning to investors, Julian reportedly narrowed its payment gap to around $500k, but has since backslid to about $800k in arrears.

Last week, Playsafe CEO Atle Bie Johansen told CalvinAyre.com that there had been “issues with the Julian agreement in the past, but all issues have been resolved amicably.” The parties “currently enjoy a good and cooperative working relationship and any statement or suggestion contrary would be incorrect.”

BETONJULIAN
While little is publicly known as to the people behind the Julian shell, sources have reliably informed CalvinAyre.com that Julian is controlled by none other than that resident of Houston, Texas who uses the industry stage names Dalton or Herman and is principally known as the man behind online sportsbook BetOnline (BOL).

BOL didn’t begin offering online poker until June 2011, when it sensed an opportunity to sponge up the liquidity left behind when the big three online poker sites quit the US market after Black Friday. But right from the start, BOL’s online poker offering waved more red flags than the crowds at the 2008 Beijing Olympics.

BOL originally claimed its poker site resided on something called the Hero Poker Network, which didn’t actually exist. It had been planned as a US-facing network that would use Playsafe software and liquidity transferred over from the floundering Absolute Poker. The AP boys were approached with an offer to buy them out of their financial pickle, but they were either still in denial as to the true extent of their problems or simply didn’t trust BOL to honor its obligations, thus the deal was never done. BOL’s Plan B was to acquire the APN’s liquidity in addition to using its software, and thus the rebranded CPN was born.

RUDE AWAKENING
In April 2012, BOL abruptly closed its online poker room, initially claiming to be performing routine maintenance, then announcing it was leaving the CPN for a new unidentified network, only to rejoin the CPN a few days later like nothing happened. In reality, this was the result of Playsafe pulling the software plug after growing tired of BOL’s failure to stick to a payments schedule. Apparently, Dalton was unaware that this was within Playsafe’s capabilities, and the conflicting communications with players were the result of BOL trying – and failing – to find a better deal with another US-facing poker network.

BOL’s mid-2012 acquisition of rival Sportsbetting.ag should also give CPN players pause. The timing of that acquisition dovetails with Playsafe’s disclosure to its investors that Julian wasn’t honoring its debt obligations, which suggests that BOL had enough cash on hand to buy Sportsbetting.ag OR pay Playsafe, but not both. That BOL apparently chose to build up its own operations while leaving creditors hanging won’t give CPN players a lot of confidence in the network’s assurances that checks are really, truly, honestly, in the mail this time. 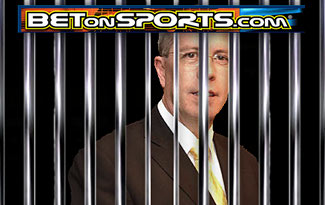 Such treatment would be all too familiar to former account holders at Betonsports, Dalton’s previous high-water mark in the online sports betting industry. Betsonsports shut down in August 2006 following the arrest in Houston of CEO David Carruthers by US Department of Justice officials, leaving thousands of customers out millions of dollars. Dalton walked away not only unscathed but holding Betonsports’ equipment and database, which he used to bulk up BOL.

WHAT NOW?
Since the network changed hands, BOL has become the CPN’s dominant site, meaning the ROW skins now provide the CPN with little more than legacy obligations. While Playsafe has demonstrated its ability to reclaim its poker software if Julian doesn’t honor its commitments, Julian/BOL appear willing to call Playsafe’s bluff. Despite Johansen’s upbeat comments about a new understanding between Playsafe and Julian, Dalton appears to have grasped the fact that Playsafe has little interest in taking back its software if it also has to take back $1m in player liabilities.

CalvinAyre.com reached out to BOL for comment on this situation, but received no reply. Bottom line, BOL may have grown weary of its online poker experiment, but so long as it keeps the lights on and makes the right public noises about doing the right thing, it can probably maintain the status quo for a good while longer. In the meantime, CPN’s players are caught in the middle, waiting. Will anything change after July 1?