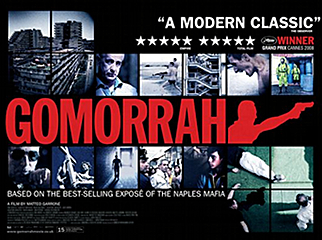 Modena Online quoted police saying the gang operated at least five online betting sites: europagrancasino.com, jogobrasil.com, dollarocasino.com, granbett.com and dollarobett.com. These sites’ servers were located in Romania and registered under fictitious Romanian companies. Access to the sites was provided via a string of private clubs under the gang’s control.

Prosecutor Giovanni Colangelo said not all of the gambling businesses under the gang’s control were always shady, but “all of a sudden you notice companies … that were once in the hands of honest entrepreneurs that have now ended up in the hands of organized crime.” The investigation was initiated following the 2008 bombing of a bingo hall in the province of Frosinone.

The accused face a multitude of charges, including illegal gambling, conspiracy, fraud, money laundering and extortion. Among the assets seized by police were 247 bank accounts, 347 pieces of real estate, 148 businesses and 280 automobiles (including a Ferrari Maranello 550 and an F355). Two suspects remain at large.

ITALIAN COURT OVERTURNS VLT OPERATOR FINES
Meanwhile, Italy’s regulated video lottery terminal (VLT) operators caught a break after a court overturned €70m in penalties levied by Italy’s gambling regulator AAMS. Beginning in 2005, AAMS launched a system under which VLT and amusement with prizes (AWP) operators were required to connect their machines to a centralized network in order that AAMS could conduct real-time monitoring of game play to curb abuse and fraud as well as ensuring an accurate accounting of taxes owed.

Initially, AAMS’ network was buggy, leading to gaps in compliance, for which AAMS blamed the operators and slapped them with penalties totaling €30m. Those fines were ultimately overturned by the Italian Supreme Court, and now the Court of Lazio Region has struck down another €70m in penalties AAMS tried to enforce. DLA Piper’s Giulio Coraggio reported the Lazio court’s opinion that the government had failed to prove that it had suffered any economic damage as a result of the technical hiccups, therefore there was no justification for the penalites.

Despite this battle going in the operators’ favor, the legal war is far from over, as the Italian Accounting Court is seeking an aggregate €2.5b from VLT operators to help cover the costs of setting up the AAMS network. Operators hope the Lazio court ruling will aid their appeal of the Accounting Court’s cash grab, but a decision isn’t expected until early 2014.