Home / Poker / WSOP Recap: Jacobson Leads the One Drop, Volpe and Shchmelev Take Gold and Gathy is at it Again 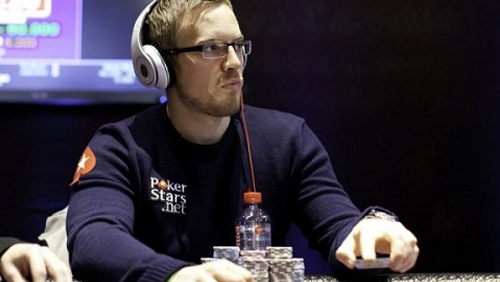 The tournament that’s grabbing everyone’s attention has marched triumphantly into its third and final day of action with the Swedish superstar Martin Jacobson holding court.

We are, of course, talking about Event #47: $111,111 One Drop High Roller No-Limit Hold’em (NLHE) event. 166-players contributed to a total prize pool of $17,891,148 meaning that around $500,000 has been donated to the charitable cause One Drop, with more to come depending on who actually wins the tournament.

The man in pole position is someone we interviewed early on the first day of action in Martin Jacobson, who informed us that despite the field being full of top professionals there were still some value to be found at the tables. At that time Jacobson was sparring with eight of the best players in the world, but he has held his own to sit on 3.5 million chips, at the time of writing, with only 26-players remaining in the field.

24-players are going to guaranteed at least $173,723 so it’s quite an expensive bubble. Mike Sexton (740k) and Jeremy Ausmus (995k) are the two men trying to find the right combination of cards to avoid that particular trap door. Sexton finished ninth in the Big Daddy One Drop event that was held last year.

Connor Drinan, who finished fourth in Event #32 recently, is looking good in second place and he is joined by Matt Glantz, last years One Drop winner Antonio Esfandiari, recent bracelet winner Martin Finger and Chris Klodnicki at the top end of the charts. From the businessman perspective the one man who has been cracking people up on the rail is Bill Perkins. Tobias Reinkemeier just one of the many victims of Perkins who declared, “Sometimes you think you are having fish for dinner, and a Barracuda comes and bites you in the ass!” after his top set of queens sent the German’s aces spinning out of the competition. Perkins is settled in ninth place and it will be great to see him reach the final table.

Coming into the 44th Annual World Series of Poker (WSOP) everyone thought the name Volpe was going to announced from the lips of Jack Effel during a daily bracelet ceremony, and that’s exactly what’s going to happen today; but it won’t be superseded by the name Paul, instead it will be the lesser known Benjamin Volpe who will be receiving all of the accolades.

When the final table of Event #45: $1,500 Ante-Only No-Limit Hold’em (NLHE) was set all eyes were on Blair Hinkle and Chris Moorman. Whilst the British pro came into the final table with fewer chips than most, he was still carrying all of the experience.

Hinkle had done something Moorman hadn’t and that was to end a final table of a major tournament with a title. That happened back in 2008 when his brother Grant was also putting some WSOP gold on his parent’s mantelpiece.

But when all was said and done neither Moorman nor Hinkle had what was needed to spur them on to greater things in the Ante Only event. Moorman finishing in fifth, and despite dominating the fourhanded play at one point, Hinkle ended in fourth.

The heads-up action came down between Volpe and Paul Lieu. The latter being responsible for removing both Moorman and Volpe from the Ante Up equation. Volpe started that duel with a 2:1 chip advantage and eventually settled it when he rivered his flush draw against the top pair of Lieu to hand him the hardware and $201,399 in prize money.

Yesterday, we informed you that the Russian Vladimir Shchmelev was leading the final 10-players in Event #46: $3,000 Pot-Limit Omaha (PLO) Hi-Low 8-or-Better and today we can inform you that he did in fact hang on to win Russia’s first bracelet at this series.

Shchmelev outlasted 435-players to capture the bracelet, and first prize of $279,094, after besting a final table that included the likes of Allyn Shulman (8th), John Cernuto (5th) and the Australian stalwart Mel Judah (2nd).  Judah flopping trips, the Russian flopping a boat and it was a case of que sera sera for the Australian who was searching for his third WSOP gold bracelet.

The Stars Dominate the Field in Event #48

The tournament attracted 343-players and a prize pool of $780,325, and only 12-players remain in contention for the gold. Leading the pack is Danny Le with 421k; Marco Johnson is searching for his sixth WSOP final table with 340k, and the likes of Maria Ho (291k), Juha Helppi (200k), David ‘Bakes’ Baker (178k) and Mike Watson (115k) are going to make it a very interesting final day of action.

What is it with Belgium’s Michael Gathy?

The Beast from Brussels has won consecutive $1k events both this year and last, and he somehow manages to bag 109,500 chips as the first day of action in Event #49: $1,500 NLHE came to a close.

2,247-players entered the fray, but that won’t bother the Belgian who has overcome field sizes of 1,629 and 2,799 in his two previous triumphs. There is 243-players remaining in this one and Govert Metaal, Nicolas Cardyn, Eric Baldwin, Kevin MacPhee and McLean Karr are just a few famous faces remaining in the race.

372-players have sat down to play the all round game of poker and after the first day of action 146 of them still remain in contention for a first prize of $220,061.

The British pro Howard Smith has the chip lead with 61,625 chips but there are some vastly experienced pros nipping at his tail that include Bruno Fitoussi (57,525), Marcel Luske (46,850) and Scotty Nguyen (42,500) still in the heat of the action.