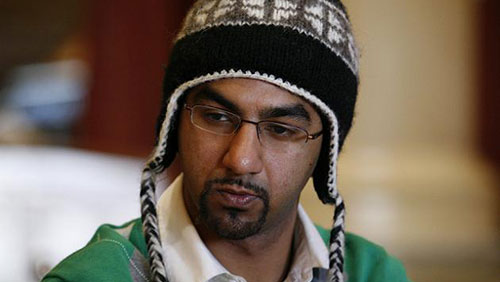 Faraz Jaka is one of those people that you like to judge from afar. His style, and look, is synonymous with the great Huggy Bear – Antonio Fargas. It’s whacky and wonderful, individualistic and interesting. If you were to have a guess you would say he was an artist or a pimp, but instead he is one of the most successful poker players on the felt, and an equally successful entrepreneur off the felt too. 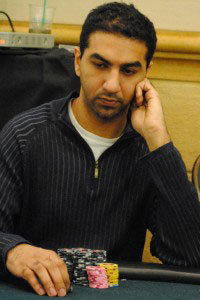 His latest venture is an App called ‘Own The Night’ quoted as being the ultimate black card experience for your nightlife. The app is available to be downloaded from the Apple App Store and has just launched in Chicago. There are also plans to release the product in San Francisco and if beta-testing results are good, the rest of the States.

It’s good to see a poker player investing his money outside of poker. There are too many stuck in the perpetual cycle of broke-rich-broke, and despite being in the same spot, you don’t feel like Jaka is about to return their anytime soon.

“It’s really important to me that I feel like I am contributing to society. If I can create a drink that makes people feel better then that makes me feel good, if I create something that saves people time it makes me feel good. With poker I don’t generally feel like that, apart from an entertainment perspective. I kind of see it as a means to an end. I try to make sure I can use my publicity to send out the right message and also to use the money I make to useful purposes…and to make a difference.” Says Jaka.

And Jaka has had his fair share of publicity. He was the Season 8 World Poker Tour (WPT) Player of the Year, a stint at the top that attracted a lot of publicity for both Jaka the poker player and Jaka the entrepreneur.

“I measure my time with poker relative to my opportunity costs and since I am playing my poker at the highest level, there is a lot of exposure in the media. You can get to promote things like being healthy, meditating or just publicize my business dealing, so I balance the two.”

Jaka understand the importance of keeping his mind, body, in peak condition. He is a former athlete and recently spent 10-days at a meditation retreat in Thailand where he learned a lot about himself.

“I spent ten days in a meditation retreat where I couldn’t talk. It was probably the best ten days of my life. The not talking wasn’t tough, but concentrating on meditation was. It was like peering into your soul. I was happy with my experience. Everyone should incorporate meditation into their lives…not just poker players.”