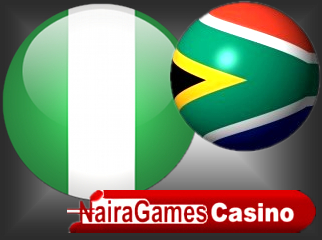 Earlier this month, Nigeria witnessed the launch of NairaGames Casino, which bills itself as the African nation’s first domestic online casino (as compared to the many UK- and European-based online casinos currently serving the Nigerian market). For the moment, the browser-based site offers only roulette – aka the “wheel of wealth” – which players can access via their PCs or mobile device. The site is run by the Microgames Network (no connection with Microgaming), whose CEO Barry Nyong is offering new players bonuses between N500 to N20k (US $3 – $124). Unlike the many SMS lotteries peddling their wares to the country’s mobile phone users, Nigeria’s National Lottery Regulatory Commission (NLRC) has given NairaGames its regulatory thumbs-up.

Further down the continent, South Africa is still slow-rolling its move toward a regulated online gambling market. Despite the publication in June 2011 of a Gambling Review Commission (GRC) report that urged the adoption of online gambling regulations and the issuing of operating licenses, there have been no tangible steps taken toward that goal. Gambling at South African casinos and race and sports betting operators like Phumelela earned the government R1.8b ($176m) in tax revenue last year, to which online gambling could add an estimated R120m ($11.7m).

The National Council of Provinces (NCOP) committee on Trade and International Relations recently got together to rehash the GRC’s report, but some members expressed concern over social responsibility enforcement, meaning no action will be taken until the next committee meeting in a few month’s time. Attorney Nicholas Hall told IT Web that it would be another two years following the committee’s adoption of the report for South African legislators to dot the i’s and cross the t’s.

In the meantime, South African gamblers who explore international online gambling options do so at their own risk. A 2011 Supreme Court ruling declared that the location of servers outside South Africa wasn’t sufficient to skirt the online gambling prohibition, which prompted operators like Betfair to cut off their South African punters and directly led to the closure of Swaziland-based Piggs Peak, which relied on South Africa for 90% of its clientele.

In April, a Johannesburg man became the first citizen to take the country’s National Gambling Board (NGB) to court after it confiscated R60k ($5.9k) the man thought he’d won playing on a UK-based online site. Such ill-gotten winnings are placed in a government trust account, which currently contains R3.5m ($342k). The gambler, who cannot be named, didn’t even ask for his winnings, but merely sought the return of his original R20k stake.

NGB CEO Baby Tyawa acknowledged that many South Africans remained ignorant of the online gambling prohibition but stated that ignorance of the law was no excuse. Tyawa said the NGB would “intensify our information campaigns to educate people,” but Tyawa also wants to educate gamblers that involvement in online gambling could result in fines of up to R10k and prison sentences of up to 10 years for operators.