Lessons from the Insurance Industry

© Copyright 2013, I. Nelson Rose, Encino, California. All rights reserved worldwide. Gambling and the Law® is a registered trademark of Professor I. Nelson Rose, www.GamblingAndTheLaw.com. 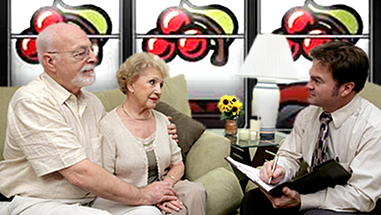 Licensed gaming is slowly becoming just another legal business; which is a very good thing.

Many of the strangest restrictions in the law arose from centuries of gambling being seen by society, or at least by opinion-leaders and law-makers, as an activity that was simply not respectable. Gambling debts were unenforceable, and courts would no more allow casinos to advertise than they would brothels. A gaming license was similar to James Bonds’ “license to kill”: It merely protected the operator from being prosecuted for what was otherwise an illegal act.

In the past, other industries struggled with becoming respectable in the eyes of the law. This usually took the route of trying to show they were not forms of gambling, even if they were. They also knew they had to come up with arguments on why they were actually good for society. The best examples are trading in securities and commodity futures, and insurance.

Insurance is, of course, gambling.

Looking just at the required three elements, insurance has prize, chance and consideration. After all, a policy holder is merely betting a small sum with the expectation of winning a larger sum if a certain contingent future event occurs.

Systems similar to modern insurance are at least 3,500 years old. Shippers, merchants and financiers developed schemes to share the risk and spread unexpected losses caused by pirates and shipwrecks.

Insurance as a separate contract first developed in Genoa in the 14th century, and was again focused on marine shipping. The long history of maritime insurance made it the least susceptible of being viewed as merely gambling in more modern times.

The Great Fire of London, in 1666, appears to have led to the creation of the first fire insurance.

Insurance probably would have been ignored by lawmakers if not for two developments. Owners of fire insurance policies seemed to be having a few too many fires. And operators found ways of turning insurance into pure gambling.

A gambling fever swept England in the 17th and 18th century. As UNLV scholar David G. Schwartz put it, men would bet on anything: “on whose grandmother would live longer or whether a surgeon might successfully save a particular patient.”

This turned what was merely a way for merchants to lessen their risks into wide-open wagering. People would take out life insurance policies on celebrities. During the Nine Years’ War of 1688 to 1697, insurers took wagers on which cities would be the targets of military action.

Probability theory, on which both insurance and gambling is based, was developed in the seventeenth century at the behest of professional bettors.

Conventional gambling and insurance came together with the creation of “lottery insurance” and “insurance offices.” Lottery tickets were extraordinarily expensive, at least £10, more than a year’s wages for most workers. So, shares in full tickets were sold for much less, similar to how full tickets for Spain’s “El Gordo,” which cost €200, are sold today in half-, quarter- and smaller slices.

But hustlers figured out how to sell chances for even less. “Clients” could “ensure,” for one shilling, that a particular number would not be drawn from the state lottery wheel on a particular day. These “policies” paid £10 if the number was drawn.

The practice spread to America. Even today, the illegal numbers racket is often called “policy.”

Parliament made sporadic efforts over the years to eliminate lottery insurance. On April 4, 1792, the House of Commons debated The Lottery Bill, to help reimburse loyalists who had suffered during the American Revolution. The standard arguments were raised about the evils of gambling, whether the state should profit from the vices and weaknesses of its citizens, the dangers of competitions of foreign lotteries, and the discussion of lotteries as a “voluntary tax.” But then one Mr. Rose (probably no relation) defended the lottery by declaring “that the evils complained of formerly existed… but he had reason to think they existed no longer. They had not arisen from lotteries themselves, but from the illegal insurance offices that had been opened. Those offices were now put an end to…”

What finally led to a crackdown on insurance was the unseemliness, and danger, of people buying life insurance on well-known strangers.

The argument that the purchaser of insurance is actually trying to avoid risk did not work in this case. Business owners do not think they have lost bets when they do not have a fire, any more than when they hire security guards who never have to draw their guns. But while a theater has a business reason for insuring against the death of its box-office draw, even the biggest fan does not.

In the U.S. and England, courts and legislatures developed the “insurable interest” rule. You cannot take out a life insurance policy on someone you have no connection with. That would be too much like making a bet that another person would die. Plus, government is afraid that you might be tempted to do something to try to increase your chances of winning.

The insurance industry won its battle to remain legal by showing that true insurance was different from pure speculation.

This is similar to the arguments that advocates for Internet poker are making today. Poker sites would like to have online casino operators as allies. But they know they have more chance of winning over religious conservative Republicans and paternalistic liberal Democrats if they show that poker is a game of skill.

Of course it is an easy argument to make. As noted poker author Richard Sparks observed: “I’ve been outplayed far too often on the Internet not to have learned the hard way that poker is, very sadly, a game in which skill predominates.”

State lotteries can’t make this argument. But they were originally sold as ways of helping education or the elderly. They successfully shifted their image, to the public, as being merely another form of entertainment; while legislators and governors see lotteries as essential to balancing state budgets.

Insurance eventually overcame its gambling roots because it was seen as creating a benefit for the general public, as an efficient way of spreading and lessening risk.

Still, insurance had to be outlawed if the sole purpose was merely to make money by betting. Pure speculation was not only of questionable morality, but also considered economically inefficient, because it did not contribute anything to the greater society.

Advocates for expanding gaming need to study history, to see how insurance succeeded. Insurance is, by far, the largest form of legal gambling. In fact, by some standards, the insurance industry is the largest industry in the world.

© 2013, I. Nelson Rose. Prof. Rose is recognized as one of the world’s leading experts on gambling law, and is a consultant and expert witness for governments, industry and players. His latest books, INTERNET GAMING LAW (1st and 2nd editions), BLACKJACK AND THE LAW, GAMING LAW: CASES AND MATERIALS and GAMING LAW IN A NUTSHELL are available through his website, www.GAMBLINGANDTHELAW.com.

Prof. Rose will be attending the International Association of Gaming Advisers’ annual conference in London on June 17-20.