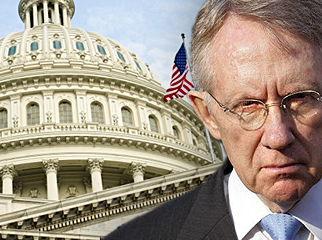 US Senate Majority Leader Harry Reid (D-NV) believes hopes of regulating online poker at the federal level effectively died when his most recent bill failed to make it to the Senate floor last fall. Reid told the Las Vegas Sun that while he wasn’t ready to blow taps over the idea of federal online poker regulation, he’s “felt for several months now that I don’t see any movement on this … We’re still trying, but I’m not really confident we can get something done.”

Reid also suggested that the online gambling bill announced on Thursday by Rep. Peter King (R-NY) would not only fail to make it through the House of Representatives, but it would likely doom other legislative efforts. Reid’s focus has long been on a poker-only bill, as poker’s reputation as a game of skill made it a somewhat easier sell for social conservatives leery over any expansion of gambling. Reid said King’s everything-but-sports-betting plan would stiffen the resolve of anti-gambling types, and could also drain the support of some casino stakeholders eager to protect their more lucrative land-based slots and table games businesses.

The demise of Reid’s bill sparked a blame game between Reid and Nevada’s other senator, Republican Dean Heller. Reid blamed Heller for failing to drum up enough GOP support, while Heller blamed Reid for playing politics in a bid to boost the chances of the Democrats taking Heller’s seat in the November 2012 elections. This week, the blame game welcomed a new competitor in the form of outgoing American Gaming Association CEO Frank Fahrenkopf, who chided both sides of the partisan divide for mucking up the 2012 legislative push.

Fahrenkopf told Gambling Compliance that he and his pro-online industry brethren had “worked our tails off and to get to the point where nothing was even introduced that we could go out and try to sell … that was my biggest disappointment … We were going to follow the senators, and the senators couldn’t do it.” Fahrenkopf said he was sure Reid and former Sen. Jon Kyl (R-AZ) “did their best – but that’s where the failure is … there was a failure because nothing was introduced.”

In response, Reid’s office repeated their mantra that the “only reason this bill did not move forward is because of a lack of Republican support. That was true in 2010, in 2012 and remains true today.” Twisting the knife, Reid spokesperson Kristen Orthman said Fahrenkopf, the former head of the Republican National Committee, was engaging in “revisionist history” and that if he’d “spent less time dealing with the presidential debates and more time actually doing his job as head of the gaming association we could have passed this bill.”

This site has long proclaimed the passage of US federal online gambling legislation to be as likely as Dubai winning the right to host the next Winter Olympics. Suffice it to say, this week’s events have made Dubai’s chances look positively buoyant.