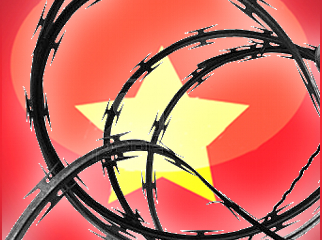 Vietnam will officially establish a special Economic Zone on the island of Phu Quoc on July 10. The island off the coast of Cambodia was once tipped to be the site of a $4b resort-casino development and the government went as far as to build a $180m international airport to handle all the tourist traffic. But the airport has yet to receive any international flights because the dozen or so international casino companies that initially expressed interest in Phu Quoc all eventually balked at the project.

Deputy Minister for Planning and Investment Dang Huy Dong explained the companies’ reticence to Tuoi Tre News. “Shortly after we say ‘no’ to their question on whether Vietnamese citizens will be allowed to gamble in the casino, they turned their back on the project and left.” Regardless of the lack of interest, the government is promising that part of the 58,932-hectare economic zone will be reserved for ‘tourism.’

It’s a shame that Vietnam’s government refuses to allow its citizens access to gambling venues, but Vietnam’s loss is the rest of the Asia-Pacific region’s gain. If you ever doubted the Vietnamese passion for gambling, consider the seven Vietnamese asylum seekers who busted out of their Australian detention center and headed straight for a casino.

The Courier-Mail reported that the Vietnamese were being held in the Scherger detention center on the Cape York Peninsula in Queensland. Apparently dissatisfied with the pace of their asylum approval process, they organized what Weipa Town Authority chairman Peter McCulkin likened to “something out of The Great Escape or Colditz.”

At some point before dawn on Thursday, the seven inmates somehow got over the camp’s razor wire fence and hooked up with waiting accomplices, who drove them to the nearest airport 30km away. The escapees hopped on a plane to Cairns, where they headed straight for the Pullman Reef Casino (operated by Casinos Austria International and Accor). Spotted by the casino’s CCTV, the men were soon back in custody after 13 glorious hours on the lam. The Reef casino should really consider a quick guerilla marketing campaign “The Reef: Escapism on Demand.”