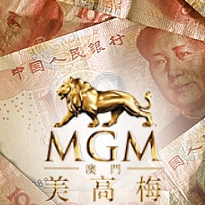 MGM Cotai, MGM China’s second Macau casino and first at the Cotai Strip, only broke ground earlier this year yet CEO Grant Bowie is already confident that the integrated resort is already on track to be completed in mid-2016.

Talking to Macau Business Daily, Bowie said that the casino is on schedule with the timetable for this year and next already laid out. “We’ll have the foundations finished by the end of this year,” he said. “And with the contractor now on board we can obviously start building the infrastructure in 2014.”

Bowie also said that the $2.6 billion budget allocated for the entire project was more than enough to see the whole thing through. That’s a princely sum that MGM China wants to put to good use in building a world-class integrated resort and casino that will house over 1,600 hotel rooms, 500 gaming tables and 2,500 slot machines to go with numerous dining and retail options for its customers.

Once completed, the expectations for MGM China is to improve on its market share in Macau, considered as the world’s undisputed gambling destination. In the first quarter of 2013, MGM China ranked last among the six operators in the gambling town, accounting for around eight percent of the entire market share. Considering that the company still has one casino in Macau, it’s understandable why MGM China sits in the bottom rung compared to its competitors who have multiple establishments already set up in the locale.

MGM China hopes that the opening of MGM Cotai will give the company more traction in Macau as it tries to take more market shares from its rivals. Bowie’s announcement that the casino is on schedule for a mid-2016 completion is as good a sign that the company is gearing up for an increased presence in a market that adheres to the saying, “if you’re not evolving, you might as well get ready to be eaten alive”.