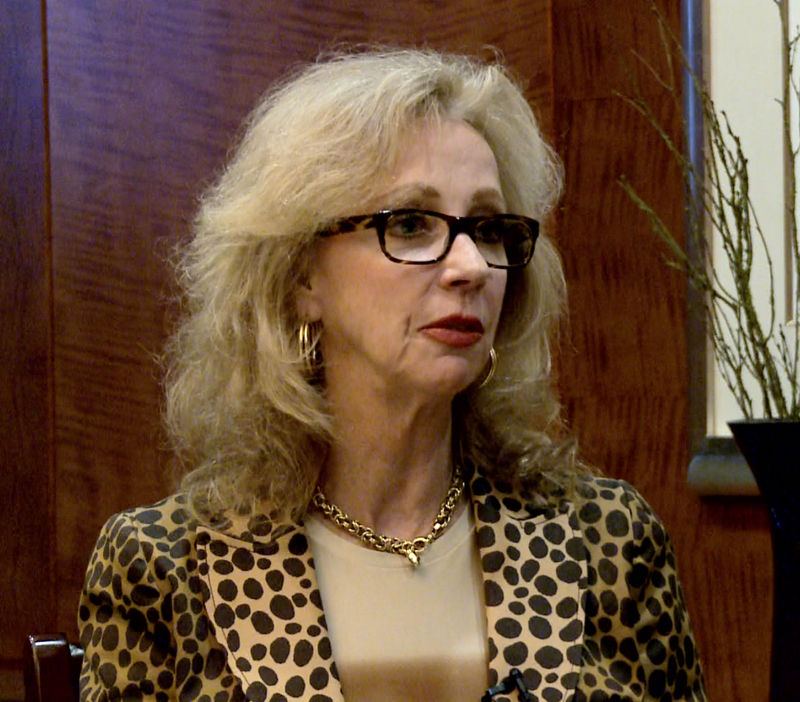 This week’s 13th Global iGaming Summit & Expo got off to an explosive start this week. Jan Jones and John Pappas both appeared on a Day 1 panel about licensing suitability, where the topic of PokerStars’ application for a New Jersey online gaming license came up. Jones, the former two-term mayor of Las Vegas and current Executive Vice President of Communications and Government Relations for Caesars Entertainment, seized the opportunity to lambast the online giant.

“PartyGaming pulled out. 888 pulled out. Not one US company would operate because it would imperil their license,” Gaming Intelligence quoted Jones as saying. “You can call it grey if you like. I call it black.”

Jones later expanded on her points for CalvinAyre.com’s own Rebecca Liggero. “To say that they deserve a license because they have a brand is patently absurd,” Jones said. “The U.S. gaming industry has been built on integrity, and the reason they have a brand is they were one of the only operators who chose to operate after the U.S. Congress said that internet was illegal in the U.S.”

Pappas, Executive Director of the Poker Players Alliance, didn’t have to do much to counter Jones’ argument. He pointed out that UIGEA merely provided an enforcement mechanism. That poorly written law, drafted in haste to be attached to a must-pass national security bill rather than face scrutiny in committee, never bothered to actually define “illegal online gaming.”

Jones’ reasoning is exactly the same as seen in the American Gaming Association’s March petition to the New Jersey Casino Control Commission and Division Of Enforcement. That petition opposed PokerStars’ application for a license in the state, which it needed so it could purchase the ailing Atlantic Club casino. It’s worth noting, as the AGA did, that the industry group had never before tried to participate in a licensing procedure. It’s also worth noting that none of PokerStars’s opponents are offering to buy the Atlantic Club and save the jobs of 1,729 workers, which was clearly important enough to the Assembly and Gov. Chris Christie that they didn’t insist on a so-called “bad actor clause” being included in the new online gambling law.

Stepping in and calling “not fair!” because incompetent federal legislation and overzealous prosecution couldn’t stop a potential competitor in its tracks isn’t becoming of anyone whose arguments rest on claims of integrity. Holding any sort of license from the government means you have indicated a willingness to live with whatever decisions the government hands down. It’s time for PokerStars’ opponents to stop repeating the same rhetoric over and over, louder each time, and let the regulators do what they’re paid to do free of such distraction.
(Disclosure: I do occasional freelance writing work for PokerStars.) 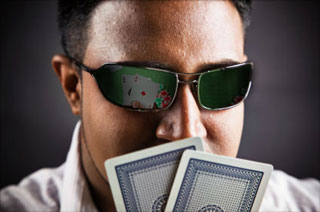 Lady Gaga’s breakout hit was about it. Seminars and books are devoted to mastering it. But if recent research from scientists at Stanford University is correct, a bad poker face isn’t where most people get their best information about how strong a player’s cards are.

The April 20 issue of The Economist reports on a study by Michael Slepian of Stanford University in which 78 undergraduate volunteers were shown clips from ESPN’s coverage of the 2009 World Series of Poker. They were asked to rate the perceived strength of a given poker player’s hand based upon an average of 1.6 seconds of footage of the player placing a bet. When only the player’s face was shown in the clip, the volunteers guesses had a small negative correlation with reality. When they were able to look at the player’s entire posture at the table, even guesses by complete poker newbies had a small positive correlation.

Then Slepian brought in 40 new volunteers and asked them to rate the players in the exact same WSOP clips based on confidence and smooth hand movement. When looking for confidence, the volunteers’ guesses had twice as strong a positive correlation as when the previous group had based its guesses on perceived card strength. But when the second group of volunteers looked for the smoothness of a player’s hand movements while placing a bet, their guesses had four times the positive correlation as the first group’s guesses based on hand strength.

In other words, even people with very little poker experience have some ability to spot deception at the poker table by observing in detail how a player physically places his bets. Watching other players’ faces is actually more likely to confuse them than to help. That’s why the best poker pros’ eyes are constantly on the move, taking in all the information they can glean even when they aren’t in a hand. Only in the toughest situations do they tend to look very long at an opponent’s face – and even then it’s just for a final piece of info by which to judge everything else they’ve already seen. They already know that poker hands give up a lot more than poker faces.