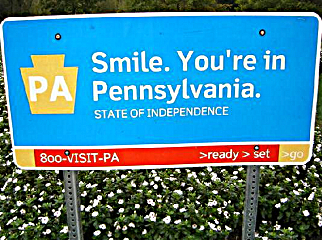 After several months of hemming and hawing, Pennsylvania state Rep. Tina Davis finally dropped her online gambling bill on Monday. House Bill 1235 (read it here) has been referred to the state Assembly Committee on Gaming Oversight for further study.

HB 1235 envisions allowing the state’s slot machine licensees to offer online slots, poker cash games and tournaments plus table games as deemed appropriate by the state Gaming Control Board. The only games that appear to be explicitly off limits are lottery games offered by the Pennsylvania State Lottery, bingo, pari-mutuel betting, keno and “small games of chance.” Davis had originally proposed introducing a poker- and blackjack-only bill, so this would represent a significant expansion, although there is much about Davis’ bill that has yet to be set in stone by the Board.

Licensees would pay a one-time non-refundable authorization fee of $5m. Licenses would be valid for three year terms and cost $500k to renew. License applications would be approved or rejected within 90 days of receipt. Once up and running, licensees would pay taxes based on 28% of gross gaming revenue on a weekly basis. This is a far cry from Davis’ original proposal to charge $16.5m for a license and a 45% tax on GGR.

There doesn’t appear to be any specific ‘bad actor’ language in the bill’s 89 pages, although tech companies looking to partner with the state’s slots licensees will have to apply to the Board for internet gaming supplier licenses (the criteria for which has yet to be finalized).

The bill is explicitly intrastate, but would permit interstate compacts provided they are deemed to be not inconsistent with federal law or the law of any other jurisdiction – “including any foreign jurisdiction” – in which an out-of-state gambler is located. However, HB 1235 would defer to the provisions of the Unlawful Internet Gambling Enforcement Act (UIGEA). While HB 1235 limits participation to residents within the state’s borders, it also reflects the argument that international online gambling companies have long made in their dealings with US players, namely, that the actual wagering is considered to have taken place in whatever county the server is located, “regardless of the registered player’s location within this Commonwealth.”

Davis’ support for the state’s licensed casinos is evident in the fact that online accounts would have to be established in person at a licensee’s land-based gaming facility and online players would have to hold “an active players’ club membership which was applied for and issued at the slot machine licensee’s licensed facility.” A slots licensee that is granted an internet gaming certificate would have to guarantee that the number of slots and tables games at its land-based facility would not be permanently reduced following the launch of its online product. The licensee would have the right “at any time with or without cause, to suspend or close any internet gaming account at its sole discretion.”

The state plans to use 55% of the taxes it collects to reduce property taxes for the elderly and a further 30% for providing free or reduced transit fares for the elderly. The remaining 15% would go to the Pennsylvania Race Horse Development Fund (whose fan base, it must be said, are skewing more and more elderly every day).

The possibility of mobile wagering is not explicitly stated in the bill, although the bill does insist that “access to and the conduct of internet gambling activities will not occur in locations adjacent or in close proximity to historic sights, battlefields, churches and schools.” So for the moment, at least, best keep your iPhone in your pocket at Gettysburg.