Home / Casino / The Battle For the New Toronto Casino Rages On 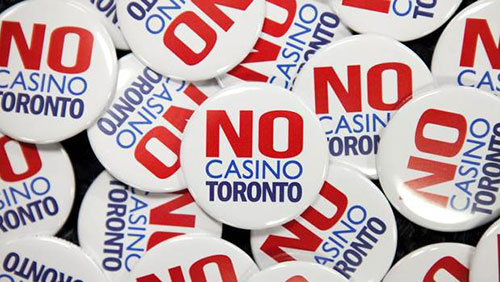 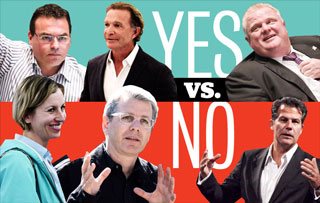 Toronto Mayor’s Executive Committee has voted 9-4 in favor of building a new casino in the downtown area of Toronto; next stop – full council.

The will-it won’t-it debate over the creation of a new downtown casino in Toronto has reached it’s final resting place after Toronto Mayor Rob Ford’s inner circle voted 9-4 in favour of moving forward with the plans, and agreeing to defer to the matter to the Toronto Council.

The city of Toronto’s largest trade union, CUPE Local 79, the City Board of Health and Martin Prosperity Institute (MPI) are just three of the groups that have come forward in recent months to push sticks into the spokes of the proposal to open a downtown casino as part of the $3 billion Toronto Convention Centre redevelopment.

In addition to the structured opposition of the likes of the City Board of Health and the MLP, over 100 citizens took the opportunity to voice their concerns, with mic in hand, during the first day of the executive committee meeting. Ford urged his members to do the right thing and vote yes, telling them that if the casino wasn’t going to get built in Toronto then it would just happen in a nearby municipality.

“I just don’t buy the arguments. You might as well ban food for fat guys like me.” Said Ford.

That quote was rather tame from Ford who once argued that taxpayers shouldn’t be concerned about the AIDS virus because “if you are not doing needles and you are not gay, you wouldn’t get AIDS probably.” When the then Mayor, David Miller, pointed out that more woman contract AIDS than men, Ford responded, ‘It must mean they are sleeping with bi-sexual men.”

Boy these executive committee meetings must be a right hoot!

The committee poured their thoughts over the plan drawn up by City Manager, Joe Pennachetti, who didn’t endorse a vote, one way or another, but did lay down 43-conditions for the Ontario Lottery and Gaming Corporation (OLG) to meet before a casino could be built, including a re-write of the OLG’s proposed hosting fee believed to bring upward of $141 million in revenue per year, along with as many as 10,000 new jobs. A recommendation to expand the gaming options at the Woodbine racetrack in north Etobicoke was also contained within the report and received the backing of the committee.

The committee disentors were Counsellors Denzil Minnan-Wong, Jaye Robinson, Peter Milczyn and Paul Ainslie who all decided to give the ‘thumbs down’ on the new casino plans after consultation with their constituents. This gives food for thought for the 44-members of the full council who will be expected to make their final decision in May.

In the meantime, MGM Resorts International (MGM), Cadillac Fairview Corp., Caesars Entertainment Corp. (CZR) and Las Vegas Sands Corp (LVS) will be waiting in the wings, before a yes vote sees them scampering over the cities borders; and let’s hope they are not on their bicycles. As Mayor Ford was once quoted at saying, “What I compare bike lanes to is swimming with the sharks. Sooner or later you’re going to get bitten… Roads are built for buses, cars, and trucks, not for people on bikes. My heart bleeds for them when I hear someone gets killed, but it’s their own fault at the end of the day.”