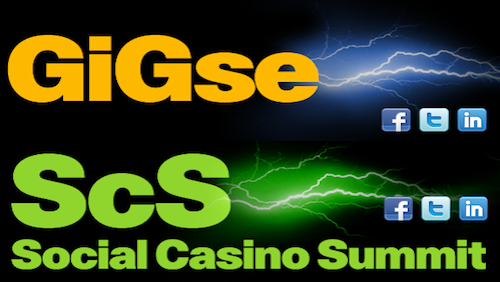 The state of iGaming in America is experiencing a gradual but moving shift. No longer are these states closed to the idea of establishing iGaming within their respective borders. In fact, the opposite is happening as more and more states have set into motion the legalizing of online gambling in their jurisdictions. Whether it’s Las Vegas, Delaware, New Jersey, or California, the ground swell of support for legalized online gambling is becoming too big to ignore.

At the 2013 Global iGaming Summit & Expo (GiGse), a host of senior executives, decision-makers, and industry experts will flock to San Francisco from April 23 to 25 for what promises to be another eventful and ultimately informative few days of discussion regarding the burgeoning North American iGaming market.

It goes without saying that anybody with any vested interest on the evolving iGaming market in America should be in attendance during this three-day event. Last year’s event drew an impressive number of attendees – 76 percent more than the event’s 2011 numbers – proving that the growing interest in the market is no mere bag of shells.

This year, don’t be surprised if over 1,000 of the sharpest minds and pioneers of the industry show up in San Francisco for the 13th GiGse expo. That’s the kind of attention the American iGaming market is attracting. While the event promises to offer a whole smorgasbord of expert talks and networking opportunities, the unquestioned highlight of the three-day event will be the discussions regarding the evolving American iGaming market.

With such a diverse pool of topics ready to be broached at the 2013 GiGse, it’s easy to get lost in all of the discussions taking place. Whether it’s the examination of legal and commercial challenges of state legislations or reviewing the regulatory frameworks and addressing the challenges of states with existing legislations, no stone will be left unturned when discussions surrounding the current – and future – state of the iGaming industry in America during the entire duration of the event.

For all the pomp and excitement surrounding GiGse, it’s equally important to know that it won’t be the only event worth marking on your calendars. At the same time as GiGse, the co-located and newly launched Social Casino Summit will also open its doors from the 23rd to the 25th of April.

Despite holding its maiden event opposite GiGse, the Social Casino Summit is no less important, in large part because it aims to bring into the spotlight the growing market of social casino games. It’s been said that social casino games is five times more lucrative than other social games, whether on Facebook or other online and mobile platforms. That’s why with more and more companies crowding the field, it’s important to have a product that differentiates itself and stands out from the rest of the market.

The Social Casino Summit aims to provide companies the important tools needed to do just that. Whether its real-money convergence, brand partnerships, cross-platform and cross-product integration, there are a multitude of ways on how improve a product that best suits the evolving and growing client base.

Is it so much of an understatement now to say that both GiGse and the ScS are must-attend events? Anybody with a vested interest in the evolving iGaming market in America will tell you that there’s no place on this planet you should be in from the 23rd to the 25th of April than San Francisco.