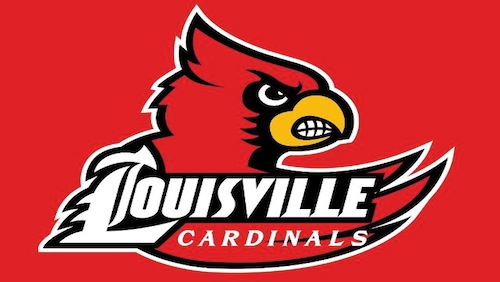 The Louisville Cardinals are on top of the college basketball world. It had to go through the hellacious sight of one of its own brothers sprawled on the floor with his legs hanging awkwardly and his bone sticking out, but even through that adversity, the Cardinals soldiered on, fighting and scrapping their way to an NCAA men’s basketball title.

Gritty doesn’t even begin to describe the 13 players on this team, not to mention their coach, Rick Pitino, who himself has had quite a roller coaster of a week. From guard Peyton Silva to key reserve and Most Outstanding Player of the Tournament Luke Hancock, these Cardinals may be kids on their driver’s licenses, but they grew up together in a way we rarely see in sports these days.

A gruesome injury to backup guard Kevin Ware could’ve spelled doom and gloom for the Cardinals. It’s one thing to see someone blow out his knee during a game, it’s another thing entirely to see bone sticking out of his leg. Seeing somebody let alone their teammate in such a helpless and agonizing state would’ve been too much for a lot of people.

But these Cardinals, on the beckoning of the courageous Ware, composed themselves and fought. They fought in the Elite 8, turning a close game at the half against Mike Krzyzewski’s Duke Blue Devils into a blowout. They rallied from 12 points down in the 2nd half against Wichita State in the Final Four. And wouldn’t you know it, they stared through another 12-point deficit in the championship game against the Michigan Wolverines and barely budged.

But none of it mattered because these men didn’t faze easily; they’ve literally seen everything in this tournament. A 12-point deficit in the biggest game of their lives doesn’t even come close to the fear of witnessing their teammate break his leg in the most gruesome way possible.

Through all the adversity, they stayed strong. They came together. And possession by possession, point by point, they reduced Michigan’s lead until it was their name on the plus side of the score. And from there, they closed out the Wolverines, securing a national championship not a lot of people thought they could win despite being the top overall seed in the entire tournament.

But for all the pomp and celebrations that come with winning an NCAA title, these Louisville Cardinals will forever be remembered for what they accomplished in the face of adversity. A week ago, most of the team were openly weeping and shedding tears on national television after Ware’s injury.

Today, they’re celebrating their first NCAA men’s basketball championship since 1986. And Kevin Ware, crutches and all, was right in the middle of all the celebration, turning himself into the perfect example of what people will forever remember about this team.

These are the Louisville Cardinals and against all odds, they are your NCAA national champions.

Apologies to Cinderella, but this is how you write a fairy tale ending.