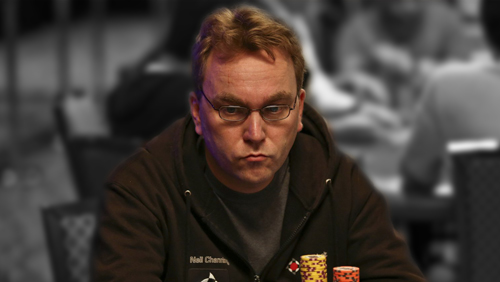 We are just days away from the greatest horse race in the world – The Grand National – and so I grabbed hold of one man who will be taking a particular interest in the race, Mr Neil Channing. Channing has joined forces with the Hendon Mobster, Joe Beevers, to start the Betting Emporium, a sports betting tipping service. The site has started exceptionally well with Channing’s Cheltenham tips turning a 51-point profit. So the pressure is on for another fine Aintree performance.

Here is the history of the Grand National straight from the life of Neil Channing.

Why does the Grand National hold such an appeal over the entire country?

The Grand National nearly died, and I hate to say it, but The Sun newspaper saved it. I guess Red Rum was a big factor – winning it three times during the 70s, a time when we had just three TV channels and the whole country seemed to tune in. Later the Aldaniti story and Bob Champion battling cancer to ride the winner was made into a movie. It is dangerous and it appeals to the English sense of pointless adventure for the sake of adventure, it gives the little man a chance and the BBC have always made it pretty high up in their list of important national, as well as sporting events.

What does the Grand National mean to you?

I get excited about it, and it might be my favourite race in terms of looking forward to one race, but Cheltenham as a whole is 100x more exciting. It is a way of looking back at milestones in your life though. Each winner reminds me of different times and I can remember what was going on in my life at the time of each National.

Did you have any family traditions?

My family usually bet on the National, but they really could take it or leave it. I’m sure they’ll all be watching it and they’ll ask me for tips, but generally they’ll ignore me and bet on their own things. I did go to the National the year Hello Dandy won, (1984), with my Mum and Dad. I was 16 or 17.

Can you remember your first bet?

I think I had 25p on Andy Pandy in 1978 but I may have imagined that. I think the first one was Spartan Missile who was 2nd to Aldaniti in 1981. I was on each-way, and I also bet on the third.

Can you remember your first winning bet?

Apart from place bets making small profits, the first winner I picked was in 1984 – Hallo Dandy.

What is your greatest Grand National memory?

In 1994, I had the straight forecast – I just thought it was too easy only picking the winner. The whole family were going to a wedding and I remember watching the race while everyone else was busy doing wedding stuff and walking in front of the screen.

In 1997, I was going to Aintree to be a bookie and the IRA bomb scare stopped that. Luckily we hadn’t set-up and taken bets so we just grabbed all the gear and made a run for the motorway. Seven hours in the car to spend 20 minutes standing around at a racecourse and come home. We didn’t go back for the race on the Monday.

Who are the greatest Grand National Jockeys, Trainers and Horses?

Grand National jockey is a tough one. I respect all of them for their bravery, but I don’t really rate many of them as top jockeys. It’s hard to argue with McCoy, Walsh and Carberry and I liked Jim Culloty and Mick Fitzgerald. My favourite though would be Richard Dunwoody. Trainer-wise nobody has really dominated in recent times but two I like generally are Venetia Williams and Nigel Twiston-Davis so I’ll say them. It’s tough for horses to peak for the race and as they age they quickly go downhill. I think you only really get two shots at it, which is why the achievements of Red Run are so incredible.

I can’t remember winning a massive amount in terms of my overall betting, on the race. I maybe have never broken five figures on it, but I usually have that sort of amount in play with lots of different bets and I always make a book and lay a lot of horses. In terms of significance at the time then Minnehoma and Just So filling 1st and 2nd was the biggest.

The biggest loss would be when I’ve been laying horses. I think Bobbyjo, Papillon and Hedgehunter were the worst. Would have been close to five figures.

What are you looking for in a Grand National horse?

I like a stayer. People always used to say a good 2m4f horse could use its speed and cruise home. That theory is now out of fashion, but I made a lot of money opposing it. I think the ground is the single-most important thing to consider when picking the winner. On soft you obviously want a dour stayer and on firmer ground you can cross those ones off and take a younger, improving 3m horse.

The best one I can think of was when one firm did great each-way terms on the race. I was busy on the day and so I asked my girlfriend to place a bet. The shop had a man out front looking for novice bettors. He was happy to explain how to write out a slip and have a bet. My girlfriend let him go to the trouble of explaining what each-way meant and patronise her liberally and then he asked for her horse, so they could write the slip together. He then suggested ticking the box for each-way and asked if she was having £1, £2 or a fiver.

She produced a wedge of cash and asked for £600 each-way.