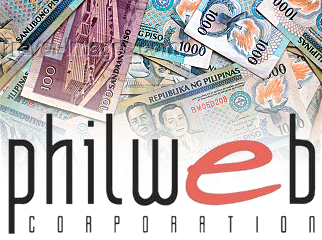 Philippines-based gaming technology provider PhilWeb Corporation posted record revenue of P1.48b (US $36.75m) in 2012, a 26.5% rise over 2011. Net income rose 20% to P1.1b, making 2012 the first year in PhilWeb history in which profits have topped the 1b peso mark. The company currently holds no bank debt and has over P1b of cash on hand. PhilWeb’s domestic operations include 277 e-Games cafés (115 of which are independently operated), sports betting kiosks and the Premyo sa Resibo SMS-based mobile lottery games for the state-owned Philippine Amusement and Gaming Corp. (PAGCOR).

At PhilWeb’s annual general meeting in Makati City on Tuesday, international expansion was top of the agenda. The company’s PhilWeb Asia-Pacific subsidiary – which in its first full year of operation accounted for 9% of PhilWeb’s total revenues – currently offers a sweepstakes café in Guam (with another under construction) and lottery products in both Timor Leste and Cambodia. The company will launch its first e-Games café in Timor Leste in May and hopes to open a similar establishment soon on the border between Laos and Thailand.

PhilWeb also has great hopes for its latest subsidiary e-Magine Gaming, which centers around the development and manufacturing of bespoke all-in-one gaming terminals incorporating computer gaming, bill acceptor, ticket-in ticket-out printing and a card reader to track players’ loyalty points. The first product to roll off the e-Magine assembly line is Genesis, a compact touch-screen gaming console that can be set up on a bar counter or tabletop. Genesis will make its debut in the new e-Games café preparing to open in Timor Leste.