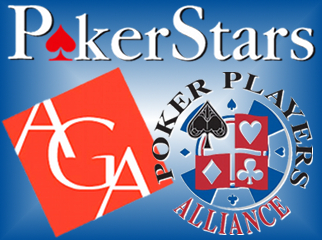 The American Gaming Association (AGA) claimed that its recent petition to scuttle PokerStars’ parent company the Rational Group’s quest for a New Jersey gaming license was done to protect “the integrity of the gaming industry.” PokerStars, the AGA loudly proclaimed, was “a business built on deceit, chicanery and the systematic flouting of US law.”

Other companies that have been accused of “systematic flouting of US law” include Optimal Payments (née Neteller) and PartyGaming. But unlike the deal PokerStars struck with the US Department of Justice in 2012, the non-prosecution deals Neteller and PartyGaming struck with the DoJ in 2007 and 2009 respectively contain actual admissions of wrongdoing. Poker blogger extraordinaire Diamond Flush has compiled a dossier on these two companies’ (mis)use of the US banking system in processing payments for online gamblers, as well the activities of a payment processor named Firepay that was utilized by PartyGaming back in the day.

Firepay not only processed payments for US online poker players, but also for online casino and sports bettors (the latter a particular bugaboo in the DoJ’s mind). The CEO of Firepay was none other than Mitch Garber, the current head of Caesars Interactive Entertainment, the digital arm of US casino operator/debt-servicing entity Caesars Entertainment. Yet Caesars has apparently not felt the need to purge its ranks of Garber’s deceit, chicanery and systematic flouting of US law. Indeed, Caesars has inked a deal with Optimal to handle its payment processing when the US online poker money starts flowing.

Yet on these matters, the AGA remains curiously mute. Perhaps because Caesars is the most prominent member of the AGA and, as the US casino firm most dependent on a future revenue stream from online poker, is widely presumed to be the impetus behind the AGA’s anti-Stars broadside.

PPA SURVEY OVERWHELMINGLY BACKS POKERSTARS IN NEW JERSEY
PokerStars has responded to the AGA’s selective bluster by noting the group’s inherent conflict of interest and by urging the New Jersey Casino Control Commission to see through this “thinly veiled anti-competitive campaign against a competitor.” How the CCC will react remains anyone’s guess, but the state’s poker players have weighed in with their verdict, and it’s a stinging rebuke of the AGA’s tactics.

In a survey of 998 New Jersey poker players commissioned by the Poker Players Alliance advocacy group, 95% disagreed with the statement that PokerStars is a ‘bad actor’ and 94% rejected the AGA’s argument that Stars should be precluded from obtaining a New Jersey gaming license based on its past behavior. Asked to rank Stars on a scale of one to five, 63% gave Stars a five and 22% gave it a four. PokerStars’ bid to buy Atlantic City’s struggling Atlantic Club casino-hotel received a 96% favorable vote.

It’s doubtful that any of the above numbers will result in an Ebenezer Scrooge-like conversion of the AGA’s point of view. The anti-Stars petition was a fourth-quarter Hail Mary pass from the AGA’s own end-zone and they aren’t about to admit defeat while their ball is still in the air. But you might expect the AGA – and by extension, Caesars and its online poker brands – to recognize that the public understands all too well that justice applied selectively is the very antithesis of justice.