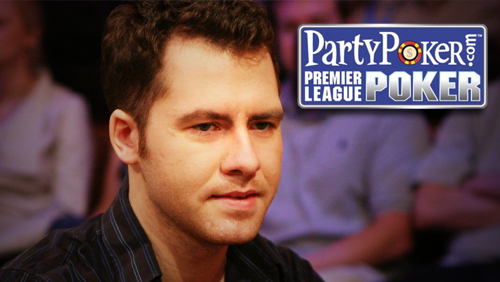 The PartyPoker Premier League VI continues to motor along with the second round of heats signed, sealed and delivered.

The former WSOP champion, Jonathan Duhamel, won the first Group A heat; and it was the French-Canadian who once again found his way to the business end when the players sat down to do it all over again. This time he was facing Daniel ‘Jungleman’ Cates, the runner-up in this event during Season V.

Cates has been in the spotlight this past week, after a series of public twitter spats with his old nemesis Tom ‘Durrr’ Dwan, but he brushed those issues aside to take maximum points in the second heat. The critical hand coming when Duhamel made a move with a bag of bones (moving all-in on a Q-high board holding K8), whilst Cates was sitting pretty with those pocket aces.

And that means the Group A table looks like this:

At the time of press, the second heat of Group B had run out of daylight with Jason Mercier (8th) and Igor Kurganov (7th) both eliminated, and Talal Shakerchi with the chip lead.