I’ve never considered myself anything more than a recreational poker player, someone who simply enjoys the game and spending time in the company of others who feel the same. There was once a time when thousands of people just like me were significant winners playing online poker despite it being nothing more than a hobby. 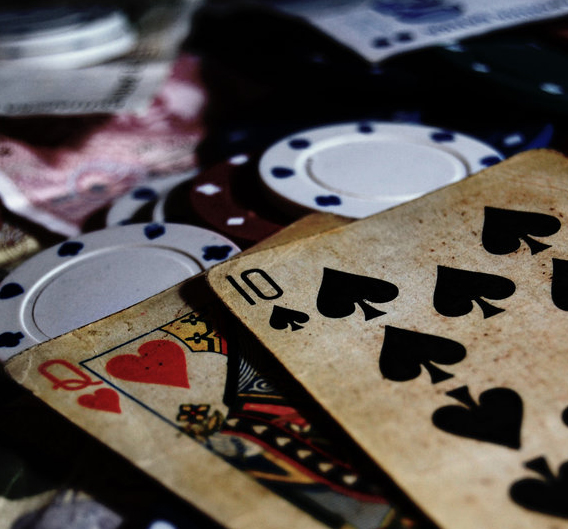 Back when the poker boom started to ramp up there were literally dozens of rooms where you could get a juicy signup bonus and crush games armed with little more than some intermediate strategies from a poker book and a few thousand hands’ experience. Software to track one’s own play was in its infancy, and tracker sites weren’t yet a part of the landscape. You could use a new screen name for each new account, and there was no way for anyone to put them all together. A player with low risk tolerance could bounce from room to room playing a standard tight-aggressive game and never have to worry about his opponents figuring out that he was the one guy at the table not playing at least 60 percent of the hands dealt to him. ABC poker was winning poker in those days, and it provided extra income for thousands of everyday people who were willing to put in a little bit of time.

As it is with so many things online-poker-related, the turning point for all but the most hardcore poker players was the UIGEA. The market consolidated very quickly when the feds started threatening arrest for running a poker room. Just a handful of companies stuck around. At the same time, tracking software matured and made it easier both to plug leaks in one’s own game and to spot the terrible players who kept popping up at one’s tables. All the sharks began preying on the fish with greater efficiency, meaning it was no longer possible to maintain a low profile and make easy money. Then the tracking sites began to proliferate, trolls began buying hand histories, and online poker began to move in a new direction.

Those who kept playing had to get better to continue winning the kind of money they’d been used to. They began using tracking software, too, and logging more hands on more tables to make up for the edge they’d lost when all of the recreational players dropped out of the pool. By 2008 the skill level of even low-stakes players had jumped enormously compared to the gold rush days before Washington came calling. Unless you were highly dedicated to grinding out wins through volume or enjoyed losing money, you probably weren’t playing online poker anymore. Then came Full Tilt’s Rush Poker, the very nature of which made it impossible to know how somebody was playing. Things were good for anyone just wanting to enjoy playing poker and making a little money. And then came Black Friday.

The natural progression since then, through all the subsequent legal wrangling with American prosecutors, has been an ever-shrinking market of rooms that allow tracking combined with an ever-rising level of play. I’ve played on the handful of networks that cater to mostly American players and even micro-stakes games are usually half-filled with players who actually appear to have played cards at some point in their lives, something unheard as recently as 2006. The games aren’t any fun because they degenerate into nitfests. Players frequently leave tables only to run into one another again minutes later when they all sit at the same new table, looking for fresh action in a room with at most a few hundred players at those stakes. And with every passing hand they’re forming a clearer picture of how you play thanks to the latest version of Hold’em Manager or PokerTracker. If you think you can only play ABC poker and get ahead, you’re going to be disappointed when nobody gives you any action on your big hands. It’s just no fun. And given that I only play poker to have fun, it kills my enthusiasm for the online game.

When I want to play online poker and have fun these days, I’m looking for somewhere where the level of play is closest to what I remember from the old days. That requires above all else that recreational players of all skill levels be comfortable sitting at the table, and leaves me with essentially two choices: a room where players can play under different names, or one where players are anonymous.

The only example of the former that I can think of is the Bitcoin poker site Seals With Clubs, where one can have as many accounts as one likes. If you start to see people calling down your big bluffs, you can just start a new account with a new screen name and nobody will ever be the wiser. The obvious example with the latter is the Bodog network, where all the games are anonymous. I never fail to have a good time playing poker there because the players are all comfortable at the tables, which makes the games loose and profitable. It takes a game that has become the domain of analytic software and returns control of it to your analytical mind. It’s not only more entertaining than doing what a set of numbers in a HUD tells you to do, but it sharpens the mind since the only information you have to base your decisions on is whatever you can gather from observing your opponents. It’s not exactly the same as standard brick-and-mortar poker, but it bears a lot closer resemblance to that game than the Frankenstein’s monster of most post-Black Friday online poker rooms. And while it’s not the same as the good old days of the online poker boom, it’s as close as I can find today.