Home / Poker / The Popularity of Poker is Receding

There is something stirring in the world of poker. It’s yet to be revealed; but it’s there, lurking in the darkness. It reminds me of the Lord of the Rings, the evil working tirelessly to provide form for their leader Sauron – form that will be revealed to the world, and when it does, it will come with a sound of thunder that will make everyone tremble. We are like antelope that have just picked up a nasty scent. We are alert. We are ready to run. The residents of New Jersey can now legally gamble over the Internet. Intrastate online poker is a reality: Delaware, Nevada and New Jersey the triumvirate that allows people to make up their own minds about the rights and wrongs of gambling online. It’s a movement and it will gather pace. As sure as money is money it will gather pace. This is the rumbling; this is what has perked the antelope’s attention. But it had better hurry; because if it doesn’t quicken its pace there may not be anyone left who wants to play. 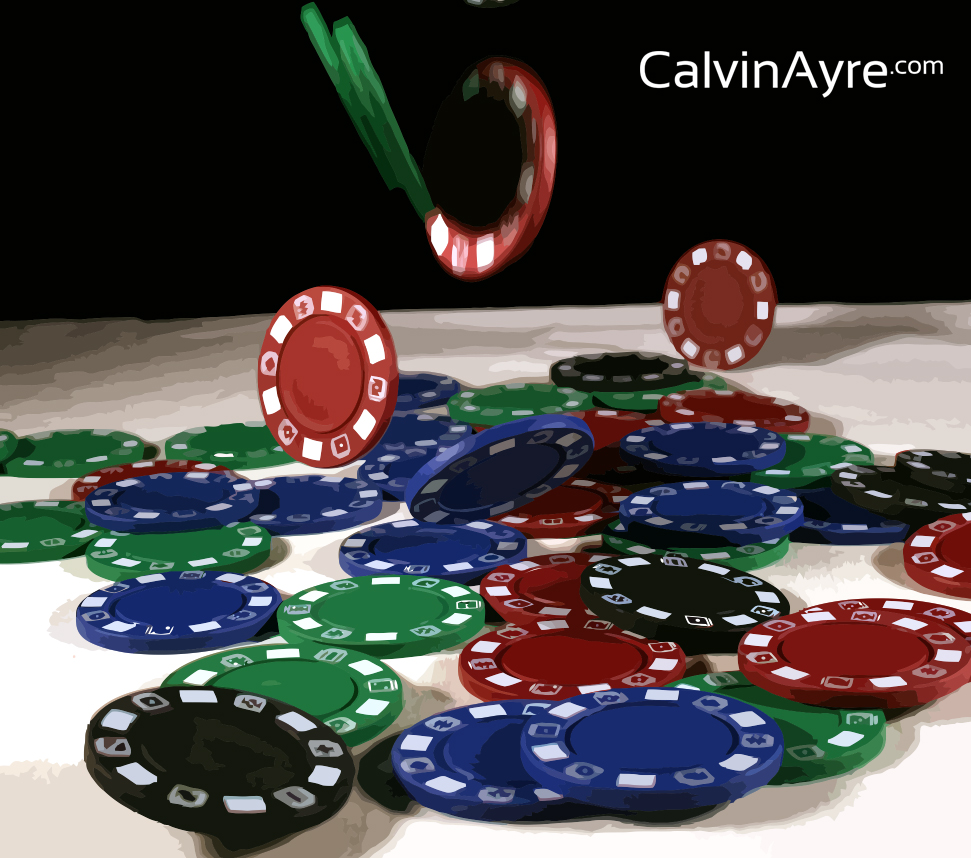 When the U.S government decided to pick the poker world up by its ankles and shake all of it’s shine all over the floor, we called it Black Friday. The three biggest poker sites in the world barred from providing a service to its players. Thousands of players, who were using their poker accounts like bank accounts, worried how they were going to feed their children; let alone make their next raise.

The aftermath of Black Friday has spread far and wide. There was the initial impact. The Batman and Robin Ka-Boom! Moment. The U.S players who used to sit comfortably with their shades covering their deceit, had them blackened and couldn’t see where they were going. Some ended up in Canada, others in Mexico and some in Europe. Others were scared so much that they just quit. If it happened once it can happen again. It’s difficult to trust your loved one when they have dropped their knickers behind the bike sheds, and Full Tilt Poker in particular had them locked at the ankles.

The online marketplace for poker was dying on its arse. The lack of players diluted the prize pools, and instead of an excited buzz from Europeans who now had a frenzy of fish free of sharks from across the Atlantic Ocean, they were looking lost and got tired of eating chum. So the obvious conclusion would be for the online masses to look in the mirror, don some Jake Cody type eyeliner and head into the light. The brick and mortar casinos would shake under the stampede of freshly worn Reeboks. More tables, more dealers, more cards, more chips, more of everything related to poker. The brick and mortar casinos couldn’t care less for the poker players. They are at the bottom of the food chain when it comes to the ecology of making money. But for every tilted poker player there is a roulette wheel smiling and poking its tongue out of the corner of its mouth. Come and give me a kiss. They were never short of kisses.

But in poker, most people fail to realize that it’s not how much money you make, but more how much you keep. The lavish lifestyle of the main men and women in poker started to hurt. When you shoot people like Tony Montana in the head, the supply of cocaine slows down. So what do you think happens when the bullets start firing at the likes of Chris Moorman, Cliff Josephy and Eric Haber? With the tools locked up nicely in the garden shed of Full Tilt Poker everyone was suffering. Nobody could get their hit and the pain just sunk lower and lower, until every branch of the poker tree started to see it’s leaves dry up and fall to the ground. 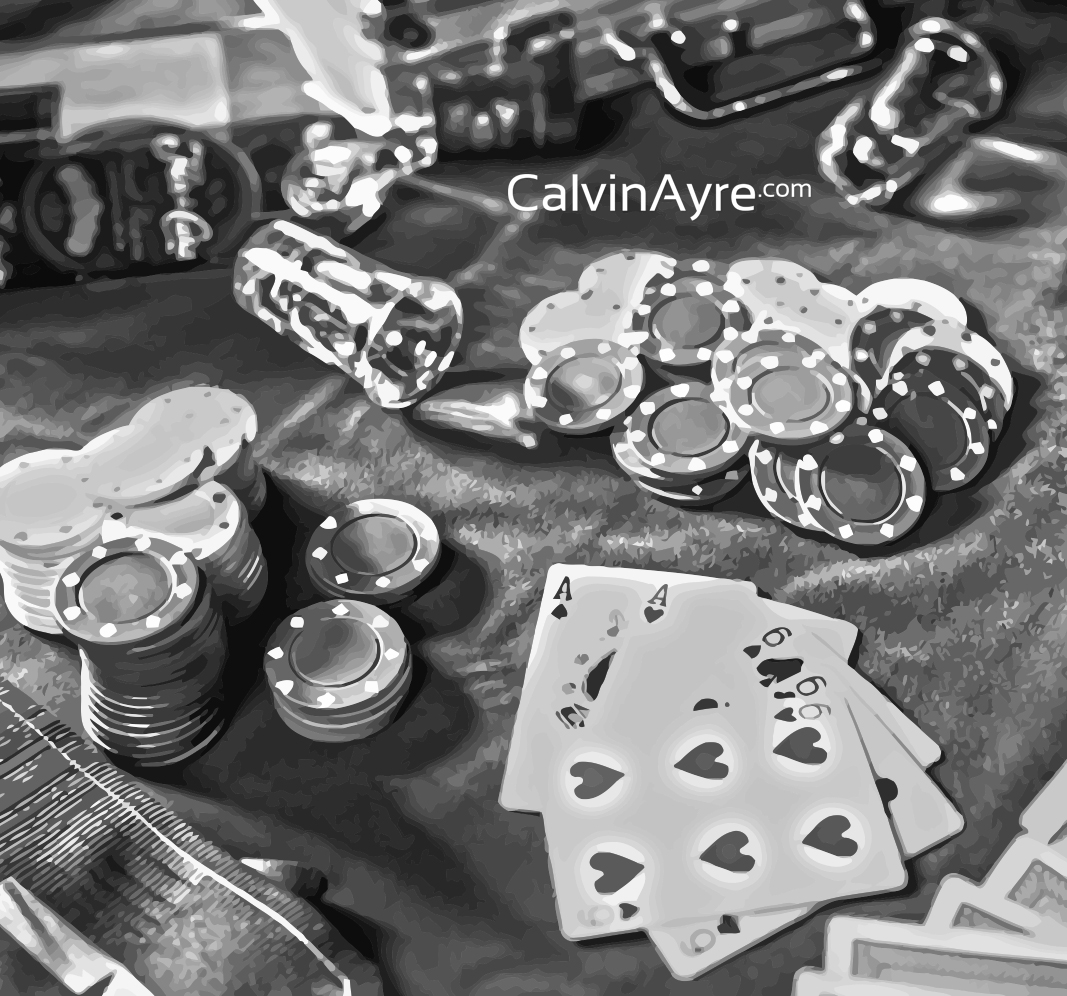 The poker players are retreating. The Reeboks are back in the cupboard and the eyeliner is back in their sister’s handbag. The few who have learned that bankroll management is key have dropped down in stakes and make just enough money to live a day-to-day existence on the dry savannah of the poker plain. The plenty who don’t know how to save for presents at Christmas owe people thousands. Some have run to the hills and are hiding in their caves; others just don’t know what to do. They are being cut adrift; no funds, no fuel…the engines of the poker ship shut down.

According to an excellent piece in The Age at least eight poker rooms have shut down in Las Vegas during the past two years. Those tilted tearaways are nowhere to be seen. The tongue of the roulette wheel is no longer salivating. Tables are being ripped out, dealers sent packing and the electronic wizardry of the slot machines enter in their stead; firing off their magical spells on anyone who makes the mistake of eyeballing them.

It’s not just Las Vegas that is feeling the pinch. Poker rooms are closing throughout the major states in the U.S. The World Series of Poker (WSOP) cannot pull in the punters it once could before the U.S government took a cane to poker’s palm. The European and World Poker Tours have seen numbers decline since the Friday that was painted black.

And then there is Atlantic City. The place from whence the rumblings are emanating from. The center of a state that was refused online poker just 12-months ago, but now because the smell of money through taxation became so delicious, will finally introduce online poker. The boulder in Indiana Jones is rolling, and it will pick up momentum fast. Let’s just hope that it hurries up, because in the meantime poker players all over the world are getting squashed and cannot breathe.