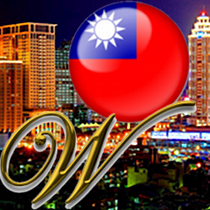 Earlier this week, Taiwan’s minister of Transportation and Communications Yeh Kuang-shih told the China Post that the country’s first resort-casino could be taking bets by 2017. Yeh said work was progressing on amending the necessary laws and regulations to enable the proposed casino project in the outlying Matsu Islands to proceed apace. Weidner Resorts is the presumed frontrunner to win the Matsu casino concession, and CEO William Weidner has not been shy about pressuring Taiwanese politicians to get the lead out. The government has indicated it could have its legislative ducks in a row by this summer.

But hold the phone. The mayor of New Taipei City, Eric Li-luan Chu, has said he “would not reject” the idea of having a Las Vegas Strip-style entertainment zone within his city limits. The urban entertainment plan was proposed by Terry Gou, the chairman of Taiwan conglomerate Hon Hai Group (which counts among its subsidiaries the famous/infamous electronics firm Foxconn, whose Chinese factories reportedly produce iPads, PlayStations and suicide attempts in equal quantities). Gou identified New Taipei City’s Tamsui/Danshui district as a good spot to cluster casino, convention and exhibition facilities. Focus Taiwan reported that while Chu supported Gou’s vision, he suggested there was more than one city district in which such an entertainment zone might take root.

Newly sworn-in Premier Jiang Yi-huah called Gou’s proposal “problematic for the time being,” given the emphasis the government has placed on the Matsu project. But Gou maintains that Matsu is the wrong place to build, suggesting that the only reason tourists would want to stay there longer than a few days was “if the weather is bad and you can’t fly back.” Gou’s words have sparked a fresh round of ‘me too’ casino calls from politicians in Taichung City, some of whom took flak last summer for describing casinos as “suitable for the whole family.”

While Taiwan’s government will likely need convincing, the prospect of locating casinos inside major metropolitan areas could spark renewed interest in Taiwan from major casino companies. Las Vegas Sands, for one, has repeatedly pressed Vietnam to let it build casinos in Hanoi or Ho Chi Minh City instead of the government’s preferred option of situating casinos in remote coastal areas, most of which lack basic infrastructure. Much of the costs associated with Weidner’s Matsu project stems from the need to construct airports, ferry terminals, roads and bridges to make the casino accessible.