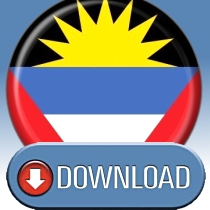 It’s been a week since Antigua received approval from the World Trade Organization (WTO) for its plans to impose sanctions worth $21m annually against the United States. Antigua was awarded this right in 2007 following repeated victories at the WTO over the US refusal to allow Antigua-based online gambling companies access to the US market, a protectionist stance which had a devastating effect on Antigua’s economy. With the US uninterested in negotiating with Antigua in good faith, the WTO authorized Antigua to collect by other means, such as selling US intellectual property (IP) without compensating the rights holders.

Speculation is riding high that Antigua will launch a website offering digital downloads of US films, TV shows, music, books and software. Colin Murdoch, ambassador at large in Antigua’s foreign ministry, was asked by Inside US Trade for specifics on how such a site would work. Murdoch was hesitant to reveal much in the way of detail, because “this is kind of new territory, and there are no real precedents to go by.” However, Murdoch said the site would likely be “selective” in focusing on specific products – or specific companies – to have “maximum impact.”

COULD ANTIGUA ENLIST MICROSOFT’S HELP IN PRESSURING US?
Mark Mendel, Antigua’s lead attorney in the WTO dispute, also suggested the possibility of narrowly focusing Antigua’s efforts on particular sectors or companies. TechNewsWorld released a 30-minute podcast interview with Mendel (listen to it here) in which he clarified that the WTO’s $21m ruling wasn’t intended as “a compensatory vehicle.” Mendel says that in “90-something percent” of WTO disputes, the losing party complies with the ruling, either by forking over an agreed sum or working out some other arrangement with the victorious country. “Even though the loser may not like losing, they understand it’s a system that benefits everybody.”

But should the losing party prove unwilling to comply, “there’s a provision in the WTO agreement that allows the victorious party … to suspend certain rights that the maleficent party … has under the WTO agreements.” In this specific case, the WTO’s $21m award was intended “not to compensate Antigua, but to pressure the American government to conform their laws to the international requirements of the WTO.”

Mendel says a small nation like Antigua “doesn’t have the clout” to compel the US to comply with the WTO ruling. But the WTO has authorized Antigua “to pressure, to punish, a completely innocent sector of the American economy in hopes that will bring pressure on the government to comply or negotiate properly.” Speaking purely hypothetically, Mendel imagines a boardroom conversation in which Microsoft execs say: “Wait, we’re about to have the lawful loss of an important intellectual property right just because the American government won’t work with Antigua on online gambling?” Mendel says the WTO designed this tactic specifically “to bring this kind of domestic pressure to bear.” Antigua has no desire to punish rights holders, but “after beating our heads against the wall for 10 years and getting nothing, this was really the last resort.”

As for angry accusations of piracy that have been thrown Antigua’s way by some organizations representing US IP rights holders, Mendel points out that Antigua’s obligation to respect their IP rights was “lawfully suspended … It’s not piracy. It’s not theft. It’s authorized by international law, through a process the Americans not only endorsed but designed.” As such, these critics should save their venom for the real renegades here. “Their own government got them in this mess.”