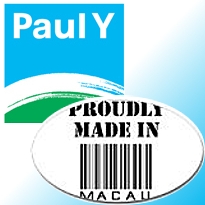 Shareholders in ports and infrastructure outfit PYI Corporation Ltd., have approved a deal for its subsidiary Paul Y. Engineering Group Ltd. (PYE) to proceed with plans to build and operate a boutique casino-hotel in Macau’s Coloane district. The plan involves PYE acquiring Falloncroft Investments Ltd., which owns the 65k-square-foot property on the Cotai-Coloane border adjacent to the One Oasis residential development. PYE will fund the $800m project by issuing shares on the Hong Kong Stock Exchange and selling convertible bonds.

Construction of PYE’s casino will eat up $550m, while the One Oasis developers will get $258m for the land and the gaming license. Falloncroft signed a memorandum of understanding with a Macau gaming operator affiliate in April 2008, and while neither the affiliate nor the operator have been identified, PYE has a history with Melco Crown Entertainment and is assisting construction of MCE’s Studio City resort casino. However, PYE says it “may explore other arrangements with another one of the concessionaires or sub-concessionaires and may continue with the operation of a casino with another operator.” All of this would require the approval of Macau authorities, which haven’t yet authorized gaming facilities for the site, but PYE maintains that its Coloane project will eventually offer 236 hotel rooms and 66 gaming tables – 16 dedicated to VIPs and 50 for ‘premium mass’ players.

PREMIUM MASS MARKET NO DRAG ON CASINO MARGINS
Many analysts have suggested that Macau’s mass market boom is in part due to VIP gamblers slumming at lower stakes ‘premium mass’ tables. JP Morgan’s new Macau Gaming: 2013 Outlook report says premium mass gamblers “are more concerned about the service and product being offered, whereas VIPs are more sensitive to cash rebates and the amount of credit extension available.” The report suggests that VIPs who rely on junket-provided credit “would be unwilling to go to the premium mass segment, where they need to bring their own cash to play up front.” The difficulty in moving such sums out of China goes a long way toward explaining why Macau’s junket-reliant VIP market remains strong.

Moreover, JP Morgan analysts Kenneth Fong and Daisy Lu say the shift to premium mass isn’t having a negative affect on operator margins. By avoiding the need to split the take with junket operators, mass market tables automatically offer casinos a better rate of return. And despite premium mass having a reinvestment rate of 15% – three times that of regular mass – operating costs as a percentage of bets staked are one-third that of regular mass due to minimum wagers at these tables starting as high as HK $2k (US $258). The bottom line is that margins remain consistent regardless of a table’s premium designation, and Macau finds yet another way to win.

JANUARY REVENUE RECORD IN DOUBT?
HSBC has become the latest analyst to raise its forecast for Macau’s gaming revenue in 2013. HSBC has boosted its full-year revenue outlook from 12.9% growth to 13.5%, with the VIP sector tipped to rise 7.9% while the mass market will gain 26.1%. Meanwhile, Sterne Agee’s David Bain has tempered his bullish January forecast somewhat, saying things have slowed since the first 10 days of the month. While Bain believes a new monthly revenue record is still possible, it is now “less certain.”

NEW EQUIPMENT MAKERS ASSOCIATION PREACHES MADE IN MACAU
Friday saw the official launch of the Macau Gaming Equipment Manufacturers Association (MGEMA), the aim of which is to promote local casino gear makers’ wares at home and abroad. The group’s first chairman is Paradise Entertainment Ltd. chairman Jay Chun, who recently sold US patents to a British Virgin Islands-based subsidiary ahead of an expected US push by the electronic gaming systems maker. The new association wants to establish a ‘Made in Macau’ brand for locally produced casino gear, and plans to hold its own annual convention and exhibition. Last year’s Global Gaming Expo Asia was the scene of a fresh flare-up in the ongoing patent dispute between Paradise subsidiary LT Game and US manufacturer SHFL Entertainment. Chun also hopes to launch an equipment testing and certification center in Macau.