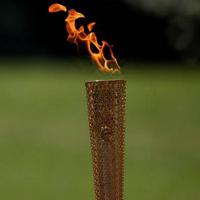 Having that “feeling” has become the byword for 2012 in certain corners of the Western world.

People in the United Kingdom will talk of that “feeling” when you ask them about the summer of 2012. The connotations have nothing to do with anything to with the bedroom though, for 2012 was the year when the world came to London and the city showed them how to put on a party. Inevitably there will be those saying it’s perhaps the most expensive party ever and at £8.921billion they are in some part right.

Governmental ministers and the London mayor Boris Johnson talk unerringly about the legacy of the games and the lasting effect it will have for the city and country’s future. One thing that LOCOG (the Organizing Committee) and Johnson didn’t count on was the boost the Games would give the sports betting industry. London and the IOC didn’t really want the Games’ good name to be spoiled by betting and even moved to pull down ads from one firm in particular who had the audacity to advertise their services in a central London train terminus (before they were forced into an embarrassing climb down)

The problem for the IOC is that when it comes to big sporting events, betting regularly comes as part of the package – especially in the UK.

We’ve heard how lucrative it was for the British based firms and the gains they saw in the summer gives them something to blame anything bad that happens in Q3 2013 on. Betting on the Olympics “far exceeded expectations” for companies like William Hill with Coral admitting at the time that numbers had topped the £50million mark in terms of turnover. Some said the success in London was purely down to the country having a well-regulated market. It wasn’t just the UK where the Olympic “legacy” may have helped the sports betting industry though.

The week following Christmas saw the Italian regulator and French companies laud the Olympics, along with Euro 2012, as having a positive effect on their figures. Pari-Mutuel Urbain, the former-French monopoly provider, revealed figures that showed sports betting wagers rising by 62 percent to €162.5million. AAMS, the Italian regulator, thanked the Olympics and Euro 2012 for helping their betting turnover rise 2.37 percent to €3.94 million.

Comparing numbers with 2011, a year where there were no high-profile betting events, is perhaps not the most accurate way to illustrate the changes. It’s more effective to look at the results release from PMU for 2010 – a year that included a World Cup – and as such a better parameter for comparison. Gross gaming revenue from all products was €2.371bn in 2010, something that rose by almost €200m to €2.521bn in 2012. How much of that was down to Olympics isn’t completely clear. There’s no doubt it had a profound effect on the country’s betting industry though.

The big question now is whether the industry can continue to use the Olympics as a rich source of revenue at the next games in Rio in 2016. Whilst the rises are no doubt impressive, it probably has more to do with regulation and online betting not being around during the last Olympic year in 2008 than anything else. The online market, as well as the advent of mobile betting, had as much to do with the rises in Olympic betting than anything else and in that sense we can expect the games in Rio to see higher betting volumes than London 2012.

Some may point to the time zone being a problem and the marquee events taking place at midnight or later in Europe could affect betting volumes. Asia and North America, however, won’t have this problem and it’s here that big money could, by then, be being spent on the outcome of Olympic events. So while Europe was the cash cow as far as the Olympics were concerned in 2012, in 2016 the likelihood is that betting in Asia and the America will far outstrip that of Europe and London 2012 we purely be remembered as the place it all started.