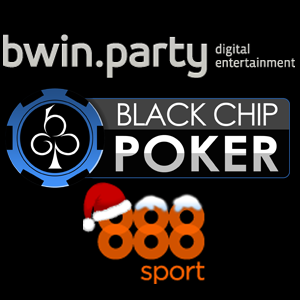 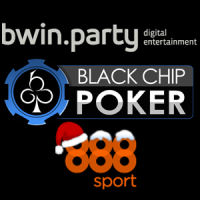 It’s pretty disappointing for 888Sport’s Australian client base, but it’s something that to be done to abide by regulation changes in the country. According to an email sent by 888Sport to its affiliates, players with funds on 888Sport can withdraw their outstanding balances at any time while those with unsettled bets will likewise be able to withdraw any winnings they may have as soon as the bets are settled.

Meanwhile, players from Black Chip Poker will be thrilled to find out that with the online poker company’s move to the Winning Poker Network, payments to players have become expedited, a direct result of the online poker room moving from Merge Gaming to the Winnig Poker Network. The latter is regarded as one of the the fastest paying Internet poker networks for North American players. This is great news for Black Chip Poker.

Finally, bwin.com‘s player base has been successfully moved platforms, leaving Ongame and moving to the PartyGaming platform, incidentally sharing the same player pool with PartyPoker.The move was done in large part because bwin.party wanted to finish the transfer before the end of 2012 and in doing so, has given its players more real-money game options, including ParyPoker’s fast-fold poker game. The deal was certainly a long time in the making, but after a couple of years of stop and go developments, the merger of player pools was finally completed.