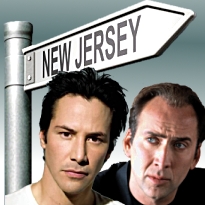 The A2578 online gambling bill passed Monday by a New Jersey Assembly committee contains language that may allow PokerStars, Full Tilt Poker and other companies that served US customers post-UIGEA to participate in a regulated Garden State gambling market, possibly as service providers for the state’s brick-and-mortar casino licensees. The previous version of A2578 contained a ‘bad actor’ clause that barred any company that took bets from Americans after Dec. 31, 2006 from joining any reindeer games in New Jersey. Even these companies’ ‘covered assets,’ such as their software, brand names and player databases, would have been off limits for partnerships with Atlantic City casino licensees.

The latest version of the A2578 bill includes new language that gives the state more discretion in determining which actors are Oscar-worthy and which are only good as extras in poorly lit pornos. Section 40 of the bill states that when faced with a license application from an international online wagering outfit, the state’s Division of Gaming Enforcement “shall consult with officials of the United States Department of Justice prior to making a recommendation to the Casino Control Commission regarding licensure of the applicant.” The state regulatory agencies “shall review each Internet gaming affiliate applicant’s past history and its asset utilization in the context of past and current Federal and State law and, following such review, may impose limitations and conditions upon the granting of the license or the utilization of its assets, or both, with respect to New Jersey operations.” The full Assembly is tipped to vote on the bill Dec. 17, with the state Senate possibly registering its own verdict on Dec. 20.

The US obsession with punishing ‘bad actors’ is what led companies like Sportingbet and PartyGaming to cut the DoJ eight- and nine-figure checks respectively in order to whitewash their blackened reputations. There’s been no small amount of speculation that this week’s surprise resignation of Bwin.party co-CEO Jim Ryan may have been at least partially prompted by concerns that Ryan’s previous duties at the helm of scandal-plagued Ultimate Bet may have posed problems for Bwin.party’s Nevada online poker service provider license application.

Speculation also has it that PokerStars intends to use its new Full Tilt Poker asset as a dot-com site for use in ‘grey’ markets while reserving PokerStars’ good name for regulated markets. If that were the case, PokerStars would be the brand they’d utilize in New Jersey, but the question remains whom Stars might choose as its dance partner. Stars couldn’t resurrect its pre-Black Friday deal with Wynn Resorts, which lacks a presence in Atlantic City. Meanwhile, Caesars Entertainment has a deal with 888, Boyd has ties to Bwin.party and Donald Trump has teamed with hedge fund bigwigs and (possibly) also 888. Of AC’s other operators, perhaps the struggling Revel would be both easiest to tempt into an online gambling joint venture and desperate enough to cut Stars a sweetheart of a deal.