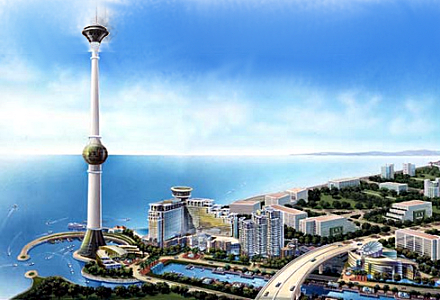 Remember when everybody was raving about Pagcor and its ambitious Entertainment City project? Remember that?

The Philippine Amusement Gaming Corporation (Pagcor) and it’s lavish Entertainment City project has become a contentious topic for lawmakers in the Philippines in the wake of a Reuters report that pretty much blew the doors open on alleged underhanded deals made by the agency’s former administration with Kazuo Okada’s Universal Entertainment, who incidentally possesses one of the four casino licenses handed out by Pagcor for Entertainment City.

It was only yesterday when Philippine senator Miriam Defensor-Santiago filed a senate resolution that would allow the Philippine Senate to direct the proper Senate committee that will conduct its own surrounding the allegations involving former Pagcor chief Efraim Genuino and his right-hand man Rodolfo Soriano, both of whom are alleged to have received bribe money from Okada’s Universal Entertainment. Now, Bayan Muna Rep. Teddy Casiño and the Bagong Alyansang Makabayan (Bayan) are jumping into the fray, calling for the immediate suspension of the entire Entertainment City project.

This isn’t the same as recent suggestions made by the Philippine Star’s Frederico D. Pascual Jr.’s involving the “shaky” physical foundation on which the Entertainment City destination casino project is being built, which is a problem in of itself. This are two lawmakers pushing for the entire project to be suspended immediately on grounds that the entire project reeks of corruption.

Casiño, in particular, filed House Resolution 2809 calling for an investigation into the whole project and is aggressively pursuing immediate deliberation by the Philippine House of Representatives so as to have a clearer idea on the issues that have been brought out to the public, including the new pieces of “evidence unearthed by Reuters news agency” that point to Genuino and Soriano receiving $5 million from Azure USA, Universal Entertainment’s Nevada-registered subsidiary.

The Bayan Muna representative is even taking it a step further, suggesting that the anomalies may have extended into the current Pagcor management, pointing to reports earlier this year that current chief Cristino Naguiat received “gifts” from Okada during their trip to Macau last year. “We must use extreme diligence here because we are dealing with billions of public funds and PAGCOR’s dealings regarding the Entertainment City are very shady to say the least,” Casiño said.

Even the multi-sectoral alliance Bayan has made its voice heard through secretary general Renato Reyes, Jr., who is taking his voice straight to the highest office in the land by urging Philippine president Benigno Aquino III to cancel Okada’s casino license.  Reyes Jr. pointed out that the president has the authority to cancel provisional licenses when the licensee violates Philippine laws.

“The deal with Okada obviously stinks, and the stench of corruption is now coming out,” Reyes Jr. said. “With so many allegations of anomalies surrounding this deal, it is strange that, up to now, Pres. Aquino has not made any effort to cancel Okada’s provisional license. Neither has Aquino’s classmate, current Pagcor chair Naguiat done anything to end this apparently anomalous deal tainted with violations of Philippine laws.”

Clearly, this mess is far from finished and we won’t be surprised if there are more bombshells that’ll be dropped surrounding Pagcor and Entertainment City. With mounting pressure from lawmakers calling for an investigation into these corruption claims, you can feel that there’s a storm brewing out there and the winds are just getting stronger.

Hold on, tight, because there’s no telling what’s going to happen from here on out.