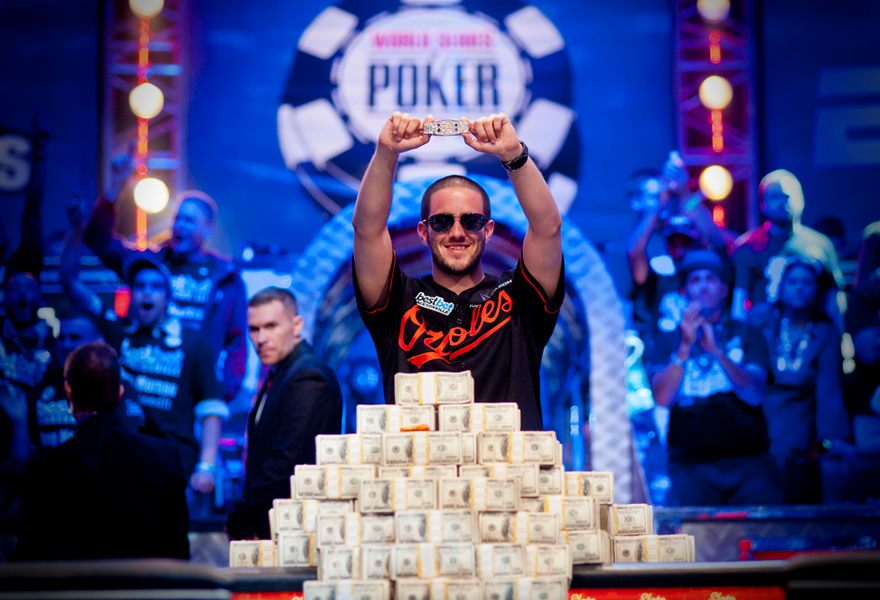 It’s been a few days now since Greg Merson won the world’s biggest poker tournament, completing one of the most impressive runs in the recent history of the WSOP to become poker’s new world champion. On Day Five of the tournament back in July the 24-year-old from Laurel, Maryland, had been down to just a handful of big blinds and was one bad card away from blending into the dozens of players who had won one tournament during the summer. Now, after a patient, masterful display at the longest final table in the 43-year history of the Main Event, he has earned the right to have his name mentioned alongside some of the best ever to play the game. 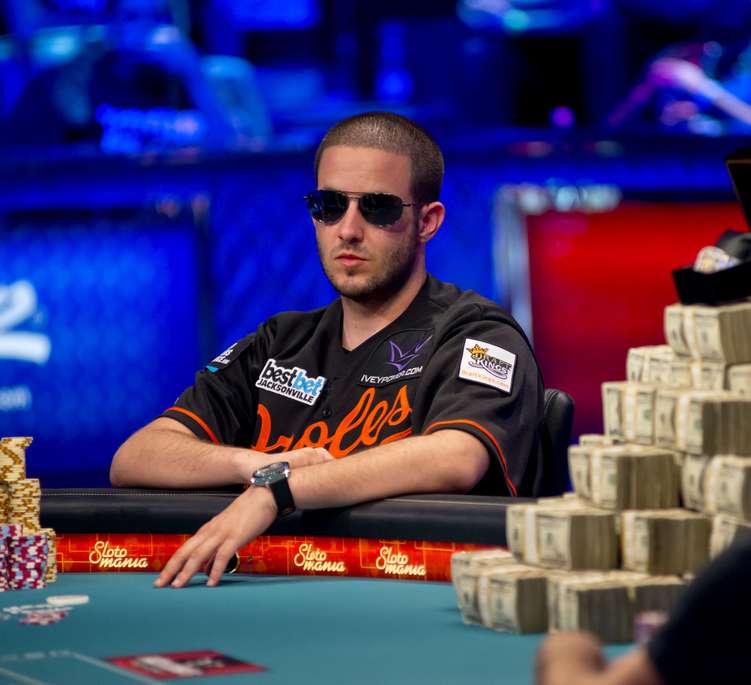 Merson is a poker player through and through, a high-stakes professional with deadly instincts honed by high volume over a long period of time. (He told Card Player that he’s played more than 7 million hands online.) Contrary to the old stereotype of online players who can’t make the transition to the pace and rigors of the live game, he handles himself with the steady self-assurance of the game’s most celebrated professionals. In fact, if you’re of the opinion that poker’s biggest title means more for the game when it’s in the hands of a consummate poker player, Merson is the best thing to happen to the WSOP Main Event in quite a while.

On more than one occasion during the last decade, the Main Event has seen amateurs catch unbelievable runs of cards and otherwise snatch victory from the jaws of defeat; Merson, the winner earlier this year of the WSOP’s premiere 6-max no-limit hold’em event, relied on skill to play a final table practically devoid of mistakes. He knew that his best chance to win was to be there when Andras Koroknai’s aggression opened up an opportunity; the deck might not go his way even in an ideal situation, but getting money in against a big, mistimed move by the Hungarian was the best chance anyone at the table had to seize the initiative. After his A-K triumphed over Koroknai in exactly such a situation to send him home in 6th place, Merson cruised to the final day of play, where he shifted into whatever gear maximized his potential in any given situation. And on Day Nine he battled two tough and worthy opponents in Jesse Sylvia and Jake Balsiger over the course of 11 hours, the longest stretch without an elimination in the history of not just the Main Event but the entirety of the World Series.

…AND THE AMERICAN CHAMP

Because Merson is an American, though, his win isn’t as exciting as it could be. To be fair, this has little to do with him as an individual; seven other players could’ve ended up in his shoes and the facts would remain the same. It’s more a function of the legal and regulatory atmosphere of our times. There was a short stretch during the last decade where, as long as he wasn’t mired in lawsuits over claims to your winnings, an American champion was pretty much guaranteed instant recognition within poker and a couple of years’ sponsorship from PokerStars. Thanks to Black Friday and its aftermath, that’s no longer a possibility.

Even though streams of live poker event final tables are more popular than they’ve ever been, the game is also a lot less visible on television with the U.S. than it used to be, so the recognition factor outside of the hard core of poker players isn’t what it once was. There’s little doubt that, simply because of the new economics of the industry, Greg Merson will be far less visible a champion than a Chris Moneymaker in 2003 or even a Greg Raymer in 2004.

It’s a shame, really, that we can’t somehow roll the clock back to a time when being poker’s world champion resulted in so much exposure. Imagine if Phil Ivey had won the Main Event instead of taking a bad beat from Darvin Moon back in 2009; take away the “Ivey factor” but keep the razor-sharp table skills and hunger to be the best, and I think that’s roughly what you’re looking at with Greg Merson right now. By winning a preliminary event in the same year as he won the Main, he put himself in the company of a select and highly celebrated group of players including names like Brunson and Ungar. In short, he would have been a completely unprecedented TV presence as poker’s world champion.

ROLL IT UP HIGH

Greg Merson said before the final table ever rolled around that his main concern wasn’t where he finished once play resumed, but how he played. A win wouldn’t be as sweet without playing his A-game. He went out and delivered and now he’s $8.5 million richer for it. Part of that will go to his friend and backer Anthony Gregg, and another part will go to pay taxes, but Merson is now without a doubt working with a flush bankroll.

For a guy who wants to be the best in the game, the chance to test himself has never been more potentially lucrative. That’s because the new world champ can play in High Roller, Super High Roller, and Mega-Whatever High Roller tournaments around the world. Most of these tournaments didn’t even exist three years ago; now they seem ubiquitous. Many of the players are world-class pros, so he’d be able to put himself up against the best in the game today. But these tournaments are also attracting more super-rich amateurs with every passing year – just check the list of Chinese players you’ve never heard of who cashed at this year’s Macau High Stakes Challenge for proof.

With that kind of money up for grabs it’s not hard to imagine a scenario that sees Greg Merson add some very gaudy sums of cash to his career tournament winnings in short order, embedding himself in poker history in a much more permanent way than simply winning the Main Event. (After all, Jamie Gold, Hal Fowler, and Jerry Yang all won the Main.) It’s also not hard to imagine a scenario where he goes broke after taking bad beats in four straight $1,000,000 Uber High Roller tournaments, if the buy-ins keep escalating the way they have been lately. Of course, 999 times out of one thousand the latter scenario could only occur in a work of fiction. The former is something you might actually see.

A secondary consideration for Merson, though one that does nothing but enhance his reputation as a top pro, is that his Main Event win sealed up his victory in the WSOP Player of the Year race. His performance at this year’s WSOP – three cashes, headlined by a win in the $10,000 Shorthanded NLHE championship – was good enough to give him the lead over the likes of Phil Ivey and Phil Hellmuth before WSOP Europe played out. Then WSOP-E Main Event champ Hellmuth, plus Antonio Esfandiari and John Monette, played well enough at Cannes to move ahead of Merson.

The only way he could earn enough points to overcome the best performers from Cannes was to win the Main Event. And so he did, becoming the first player ever to win both the Main Event and the Player of the Year title, which has been awarded annually since 2004. (If anyone wants to propose any bets on how long it’ll be before that achievement is matched, I’m all ears.)