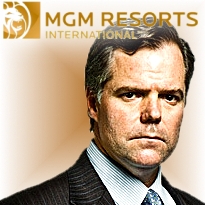 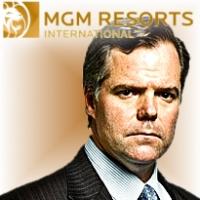 Penn National Gaming is apparently putting up a good fight because if for nothing else, they certainly caught the attention of MGM Resorts CEO Jim Murren. Talking with the Washington Post after a breakfast sponsored by the Prince George’s Chamber of Commerce, Murren expressed disappointment on Maryland’s referendum on expanded gambling and the seemingly close race that’s shaping up ahead of the November ballot.

“It’s closer than it should be,” Murren said. “I’m disappointed in that.”

The MGM CEO is leading the way in the company’s attempt to secure a license to build a casino at National Harbor in Prince George’s County. The company is getting stiff opposition from rival Penn National Gaming, who, in the past weeks, has ramped up its effort in drawing support to oppose the passage of the referendum.

Penn’s aggressive approach has apparently caught the attention of Murren, who took a not-so-subtle swipe at the casino. “This wouldn’t be such a close race if not for one casino in West Virginia spending tens of millions of dollars on the airwaves confusing the issue and trying to tell people in Maryland how to vote,” he said said.

It seems to be working too, because recent public polls on Question 7 has revealed close results that have been angling towards either a tie or losing. Yet despite the close nature of the ballot, Murren is still optimistic that the referendum on expanded gambling will pass. MGM certainly is moving forward with their plans to build an $800 million luxury resort should the final decision fall in their favor. Confidence is something that Jim Murren apparently isn’t lacking and while he acknowledges that the referendum is anything but a slam dunk, the man still believes that what’s best is for the referendum to pass.

“In my opinion, there shouldn’t be a question on Question 7 because Maryland long ago opined on gaming,” he said.

“It just now has to decide whether it wants to be competitive in gaming, because it’s not today. West Virginia, Pennsylvania and Delaware have passed it by.”