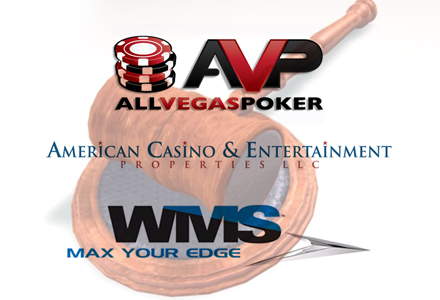 American Casino & Entertainment Properties LCC received their license as an interactive gambling operator. With the license in tow, the company that also owns the Stratosphere hotel and casino and tower on the Las Vegas Strip plans to slowly introduce a poker website that will initially feature free play money before by the end of the year before introducing real money poker later on in the future. The timetable set for that appears to be 2013.

The second operator to get a license is slot machine maker WMS Industries from Waukegan, Illinois. Unlike ACEP, WMS received its license as a service provider and interactive gaming system manufacturer. Incidentally, WMS Industries already has and operates a successful online gaming site in the UK – Jackpot Party – as well as a string of social media slot games, including Lucky Cruise and FriendSlot on Facebook.

Finally, the third approved license goes to PokerTrip Enterprises Inc., a Las Vegas-based online poker marketing affiliate, officially received their license from the Nevada Gaming Commission. The approval comes two weeks after the company received the first approval for an online poker affiliate from the Stage Gaming Control Board in Nevada.

With operators and manufacturers already getting their own license approvals in the past couple of months, PokerTrip’s newly approved license could be a watershed moment for other affiliates to receive their license in the coming weeks or months.