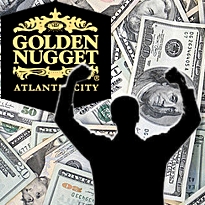 Atlantic City’s Golden Nugget casino says it won’t fight a court order requiring it to payout $1.536m to 14 gamblers who were the beneficiaries of an unshuffled deck of cards. The gamblers were playing mini-baccarat at the casino on April 30 when a fresh batch of cards was loaded into the dealing shoe. It quickly became apparent to the gamblers that the cards hadn’t been pre-shuffled. As each successive card followed a predictable pattern, the gamblers at the table upped their stakes from $10/hand to $5k/hand, ultimately winning 41 consecutive hands. Nine of the gamblers managed to cash out $558,900, but casino security prevented the other five from making off with the remaining $977,800. The gamblers sued the casino for not paying, and the Nugget sued the gamblers to reclaim the allegedly ill-gotten gains.

On Friday morning, Superior Court Judge James Isman said he didn’t accept the Nugget’s argument that the card cockup had created “a rigged game” and thus the Nugget would have to pay the gamblers their winnings. The Nugget’s attorneys and casino officials originally declared their intention to appeal, but several hours later, Nugget owner Tilman Fertitta called a press conference to announce that the gamblers would get their money. Calling it “100% my decision,” Fertitta said the Nugget is “a people business, and is prepared to allow the gamblers – most of whom continue to gamble at Golden Nugget – to realize the gambler’s dream of beating the house.”

While the gamblers are off the hook, the Nugget will continue to press its suit against Gemaco Inc., the Missouri card manufacturer who admitted this particular set of cards had somehow eluded the factory shuffling process. Unlike the gamblers, Tillman said Gemaco was “a company we can go back against that has admitted fault.” Despite the unpleasantness, Nugget exec VP Tom Pohlman says an investigation by New Jersey regulators confirmed the glitch was an isolated incident and thus the casino still intends to work with Gemaco, “We all know … bad things happen to good people … unfortunately it was the Golden Nugget.”

Last December, it was the Trump Taj Mahal’s turn to be unfortunate when a mini-baccarat dealer neglected to put eight decks of cards through a shuffling machine before loading them into the shoe, apparently believing them to have been pre-shuffled. The oversight went undetected for over three hours, resulting in a net loss of $400k for the Taj Mahal plus a $100k fine from the Division of Gaming Enforcement for taking so long to figure out what had gone wrong. Nine Taj Mahal staffers – including three dealers and a shift manager – eventually got the sack over the incident. If there’s a plus side, it’s that the Taj Mahal’s baccarat players either weren’t as quick to pick up on the freebie on offer or simply lacked the balls to suddenly increase their wagers 500-fold.