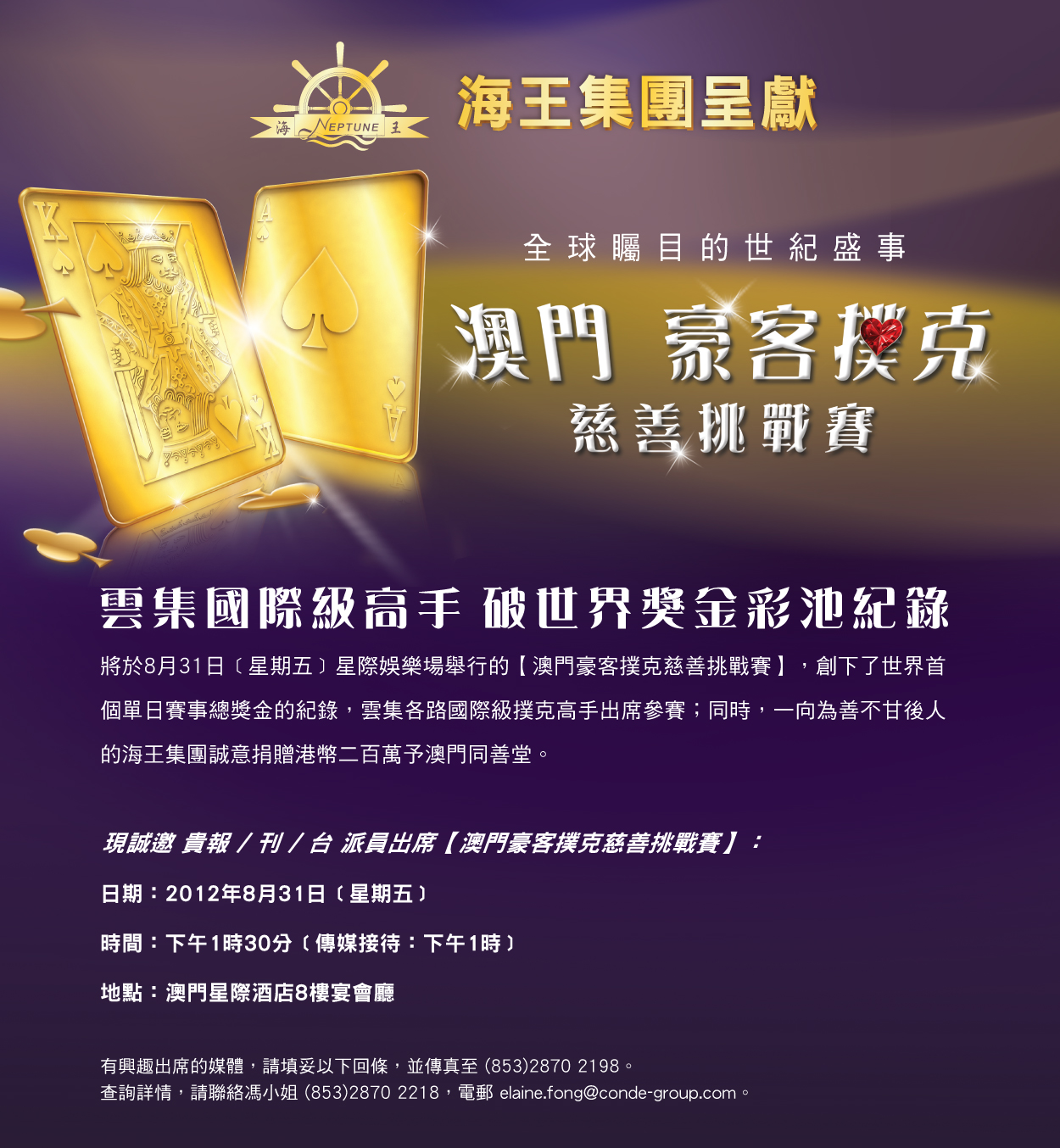 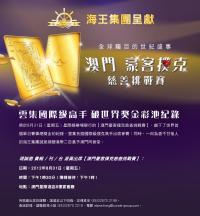 The World’s largest one day poker tournament is getting ready to commence on Friday, August 31st, 2012 in Macau. The event, known as the “Macau High Stakes Challenge”, will be held in the Starworld Casino’s Poker King Club, Asia’s home base for high stakes poker.

Tom Hall is the Chairman of Asianlogic which owns APT and who are partners with PokerAce. We sat down with Hall to learn more about this event and what separates it from the number of poker tournaments that take place around the world throughout the year.

“I should stress that [The Macau High Stakes Challenge] is very much a Neptune Event,” Tom Hall told CalvinAyre.com.

Neptune is one of the three big junkets in Macau- if not the biggest- and is a huge supporter of the poker industry.

Hall continued, “Pokerace are sponsoring some of the event and organising the TV filming and production matters and organising some high profile players to attend. APT are providing the tournament Director and tournament management and Poker King Club are organising the bulk of the players for the tournament and co-ordinating the Macau logistics, which is no simple matter when the buy ins are this big. Our hosts though are Neptune, who have underwritten the whole event and are a great supporter of poker in Macau and the Starworld Casino who have worked hand-in-hand in arranging this extraordinary event”.

One of the biggest differences between poker in the East than poker in the West is the mix of players that participate in the tournaments and populate the card rooms. In Macau its quite common to find serious Asian businessmen taking part in high stakes poker tournaments such as the Macau High Stakes Challenge on the 31st.

So how can tournament organizers in Macau attract a crowd of this caliber? Simple- prize money.

“This is the biggest first place by far in poker other than the WSOP Main Event and the WSOP recent US$1m One Drop,” Hall told CalvinAyre.com. “Nobody quite knows where we will end up, but a first [prize] of around US$5m should be expected”.

PokerAce has a lot of plans for covering The Macau High Stakes Challenge and will provide poker enthusiasts around with world an opportunity to see for themselves.

Gwenole Andrieux of PokerAce told CalvinAyre.com, “We will release the content shortly after the event on the PokerAce website as we did for Manila Millions. It will be a series of short episodes made for the web,” explained Andrieux. He added, “The show will also air later this year in the TV show Poker Secret on Lotus TV. We will also look at other TV opportunities to broadcast the game in the Asian region and worldwide as this is one of the most extraordinary tournaments that is taking place”.

The future is looking bright when it comes to the availability of high roller tournaments, especially in Asia, the center of the gambling universe. Andrieux concluded with, “We have been already been discussing how to build a circuit. We see a high roller Asian tour a great opportunity to develop poker in Asia and also a great way to promote PokerAce”.

For updates throughout the Tournament as they happen, tune into CalvinAyre.com who will be at the StarWorld Casino’s Poker King Club camping out and reporting until we have a winner.