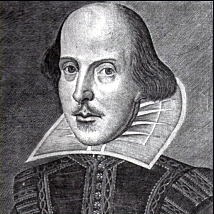 New Jersey has taken on two reputable Washington D.C. lawyers in order to defend the state’s right to offer sports betting. Press of Atlantic City reports that Theodore B. Olson and Matthew D. McGill have both been enlisted to help the Garden State in their fight to preserve their intrastate sports betting bill against the leagues they’ll be taking bets on.

You may have heard of Olson before, as he was part of a team that argued in favor of George W. Bush following the contested 2000 presidential election. Bush eventually won so make of that what you will. McGill, meanwhile, successfully drafted 10 Supreme Court victories and both are partners at Washington-based Gibson, Dunn & Crutcher.

The news comes as lawyers prepare to take part in their first meeting on the lawsuit today. It’s a conference call, something in place to stop the NFL and NCAA bringing a couple of huge 5000lb linebackers along to enforce. How New Jersey will defend itself is a well-guarded secret and the only suggestion so far has been one that involves using Amendments to the U.S. Constitution. It means that they also could send in a defensive lineman of their choice – after all we wouldn’t want to just see Raymond Lesniak vs Roger Goodell now would we, or…Ray is angry.

Brian Porto, law professor and deputy director of the Sports Law Institute in Vermont, is another to have his say on the case and isn’t surprised the NCAA, in particular, is against sports betting being enacted

“With college-age kids who are not paid, some of them poor and surrounded by coaches who pull an income, the temptation is greater to get involved in gambling,” Porto said. “The NCAA is scared to death of that sort of thing happening.”

This one could move very quickly and if New Jersey has their best people on the case their residents could be betting on sports very soon indeed.